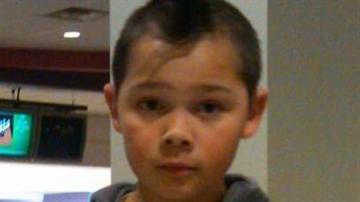 She's coming to the defense of her son's 13 year old friend who was playing with Eric that tragic day when he was shot in the head.

Eric was found in a wooded area in Walworth County back on July 9th, not too far from his home.

Investigators wouldn't say how he was shot but did say they didn't suspect foul play.

12.0pt;font-family:\"Times New Roman\",\"serif\"\">\"I know that the moment I have to close that casket it's going to be the hardest. And I won't be able to see his beautiful chubby face anymore. Even though he's not there, you get to see him.\", said Gutierrez’ mother, Rebecca Orick.

12.0pt;font-family:\"Times New Roman\",\"serif\"\">She says through social media people have unfairly attacked her son's best friend, the only person with Eric when he was shot.

12.0pt;font-family:\"Times New Roman\",\"serif\"\">\"People need to learn and understand you are hurting this boy so much. He has so much already he is going to have to think about and remember and deal and cope with.\" Orick said.

12.0pt;font-family:\"Times New Roman\",\"serif\"\">While she is pleading for all the negative comments to stop, she says social media has shown her there are unbelievably kind people around the state and the country. She says those people have helped her and her family get through each day, and she just wants to thank them.

There is a fundraising account set up to help pay for Eric's funeral costs.