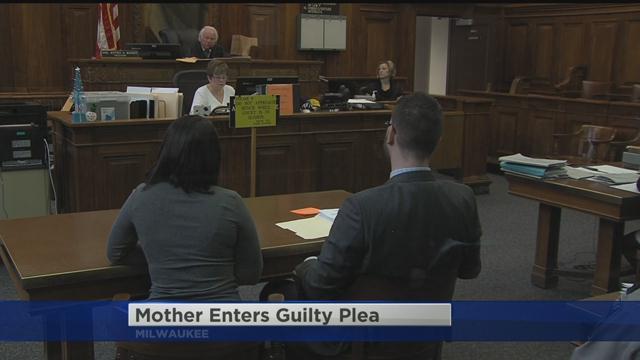 A Milwaukee mother makes a stunning admission in court.

Charged with neglect after the family dog mauled her baby, CBS 58's Priscilla Luong was there when she entered her plea.

Luong spoke with the mother off camera after her court appearance, and the good news is the baby is recovering well, after getting attacked by the family dog.

The mother entered a plea in court earlier this morning.

That was Angelina Lache pleading guilty to one count of child neglect resulting in bodily harm.

Her 3-month old baby boy was mauled by her dog in October.

According to a criminal complaint, the baby's 9-year old brother told police the dog nipped the baby while he was in his bouncer, then latched on.

The 9-year old tried to make the dog stop, but the dog was too strong and pulled the baby to the ground.

According to the complaint, Lache was outside smoking a cigarette when the attack happened.

Police found out about the attack after she got into a car accident on the way to the hospital.

Lache will be in court for her final sentencing on January 8.