Mother of man killed by Kenosha police officer speaks out 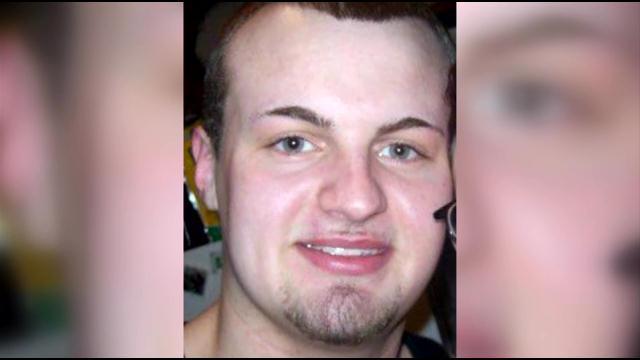 The mother of the 26-year-old man shot and killed by a Kenosha Police officer speaks out for the first time since the incident on Saturday.

Lisa Toppi is having a difficult time coping with the death of her son, Aaron Siler, mostly because she has so many unanswered questions. She says the Kenosha Police Department has been very vague about what happened on the morning her son was killed.

It wasn't easy for Toppi to speak in front of the cameras, but she felt it was important to do so, on behalf of her son.

\"I don't want people to think of him as this fugitive monster, because he wasn't,\" said Toppi.

Toppi explained that her son was a good man who cared for others, including his children, but he did make mistakes. She said he had served time behind bars, but was out on probation. He did have a warrant against him, she said, because he had not checked in with his probation officer.

\"He didn't go see his agent... His father and I told him, Aaron just go see Sarah and make this right so you dont have to look over your shoulder all the time,\" Toppi said.

However, Siler didn't go see his agent. On Saturday morning, Kenosha Police Officer Pablo Torres was trying to arrest Siler on that warrant, but Siler reportedly took off in his car, crashed it, then ran away. Police report that's when Siler approached Torres with a weapon and Torres shot and killed him.

\"He killed my son... that's what hurts, that he killed my baby,\" said Toppi, referring to Officer Torres, who she grew up with.

\"Went to grade school with him and I just seen him a few weeks prior... When I found out officer Torres shot him, I felt sick to my stomach,\" Toppi said.

Toppi hopes to get some answers as to what happened soon. She also wants to see and bury her son, since Police are not releasing his body yet.

In the meantime, Toppi is thankful for the support she's received from friends and family.

\"I can't even keep up with my phone, it rings all the time and it shows how much aaron as loved,\" Toppi said.
Share this article: