Mother of Hit and Run Victim Implores Driver to Surrender 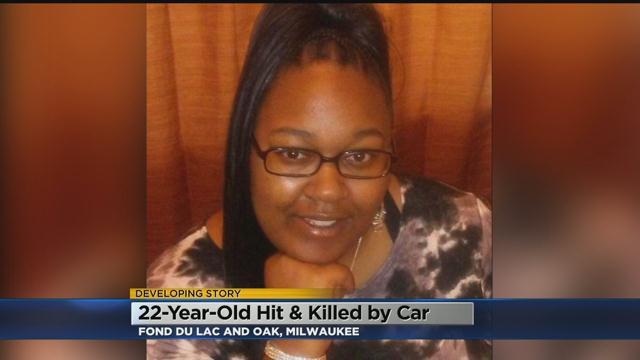 A 22-year-old Milwaukee woman was the victim of a hit-and-run on W Fond du Lac Avenue near W Oak Street Wednesday.

According to the Milwaukee Police, the woman was struck as she was running across the street around 7:05 PM.

The driver failed to remain on the scene, but the vehicle was recovered several blocks away.  Turns out it was stolen.

The MPD is continuing to search for the driver.

Meantime, the mother of the victim is imploring the driver to surrender.

"They took a part of me," Tasha Bunch tells CBS 58 News of her daughter Tyann. "Y'all took something a part of me that I'm going to truly miss of my daughter."