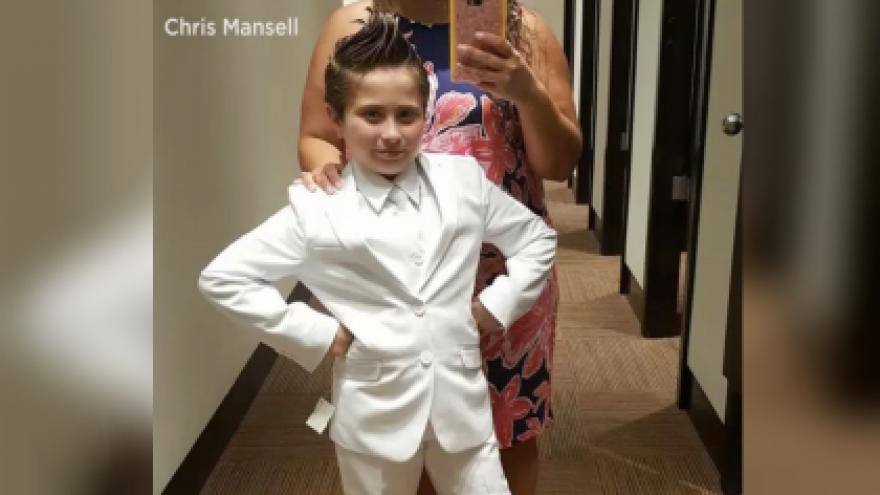 PHILADELPHIA (CBS) —  A mother is outraged after a controversy involving her 9-year-old daughter who wanted to wear a suit instead of a dress to receive her First Holy Communion in Indiana.

Young Cady was set to attend her First Holy Communion at St. John the Evangelist Parish in Indiana on Sunday, Oct. 1, 2017.

The girl’s mother, Chris Mansell, posted on Facebook about the incident:

“Cady was not allowed to wear her suit. She missed First Communion. The priest told us we are raising our daughter wrong and that we should make her dress feminine because she doesn’t have the brain development and maturity to make decisions about how to dress,” said Mansell in the post.

Mansell says Cady has a love for suits and has been collecting since she was 4 years old.

Cady’s only other option was to receive her First Communion privately.

“The only other option we were given that allows her to wear a suit is for Cady to receive First Communion privately, after the real First Communion ceremony,” said Mansell. “She can’t sit with her classmates. She can’t be in any group photos. If she wears a suit we have to pretend like my daughter doesn’t exist.”