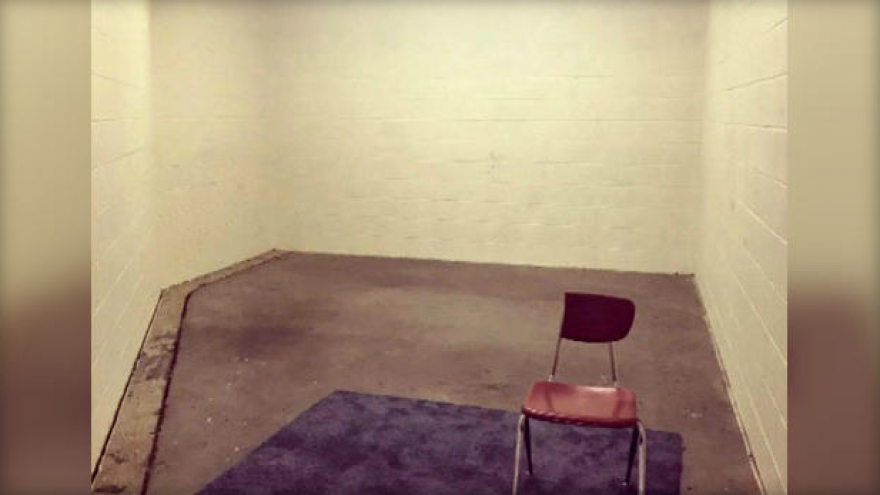 LAWRENCE, Mass. -- Lawrence school officials are investigating "relaxation rooms" after parents expressed concerns, CBS Boston reports. It all started when Ashley Martinez took a picture of one of the rooms at the Arlington Community Day School and posted it to social media.

"This is what Lawrence Public Schools thinks is acceptable for a relaxation room and this is not OK for our kids. There is a broken chair. There is no padding on the wall ... there is no soft cushy floor," she explained.

Her post quickly got the attention of the Lawrence Public School District. The superintendent made the call to close the rooms until further notice.

"Anyone who is not involved in special ed your initial reaction is 'what's going on here?'" Pavel Payano, a Lawrence School Committee Member said.

However, he went on to explain the room is intended for children with sensory issues and that it's a special education concept used in schools across Massachusetts.

"This room is used for students that have sensory disorder issues. It's not used for any type of regular behavioral issue that might pop up," he said.

Martinez says while her 7-year-old daughter Juliana does suffer from sensory issues, she has been sent to one of these rooms one too many times.

"Why do you let it get to the point where she has to go to this room? She's a great kid at home. I don't understand what is going on," she said.

While there's more than one relaxation room in the Community Day Arlington Elementary School, Martinez just wants the school to know not every child will react well to them.

A spokesperson for the school district released a statement regarding the relaxation rooms:

"To be clear, we take these concerns extremely seriously and the investigation is ongoing. Based on preliminary interviews, record reviews and security tape viewing, indications are that state, district and school policies have been adhered to. We expect to gain more clarity on the details as our review continues."

Martinez, is happy the school district is taking action and hopes every relaxation room and the safety procedures that go along with them are updated.

"I hope. They said they were going to communicate more so I'm hoping this gets the message across because now we are finding out about Lawrence public schools and I'm hoping they are not in this condition," she said.

"I think the district has been very active in showing that they are looking into this and I think it is an opportunity for us to improve not only the education of one child but the rest of the children in the city," Payano added.