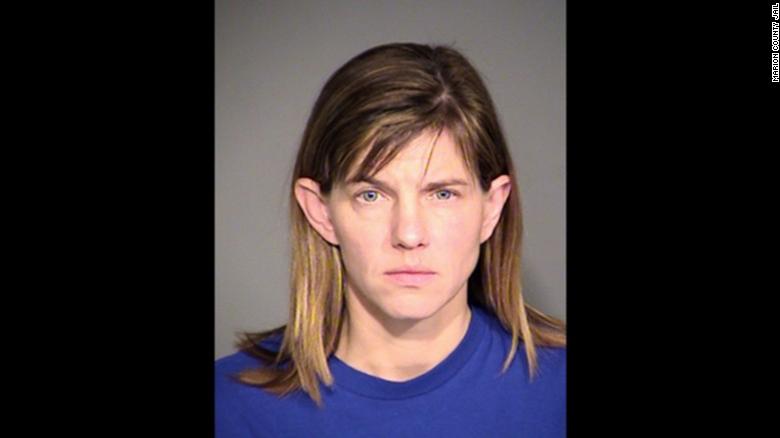 (CNN) An Indiana mother is accused of injecting fecal matter into her 15-year-old son's IV bag while he was undergoing cancer treatments at Riley Hospital for Children in Indianapolis.

According to Marion Superior Court documents, Tiffany Alberts, 41, of Wolcott, Indiana, used a syringe to inject feces into her son's IV on several occasions between November 13th and 17th, knowingly placing him "in a situation that endangered the dependent's life or health."

The mother claimed her actions were meant to get her son moved from the ICU to another Riley unit, where she believed "the treatment was better."

Alberts' son had been receiving treatment for Leukemia since early August 2016 at the hospital, a Marion County police affidavit said. He was released and returned to the hospital a few days later, in early September 2016, with a fever, vomiting and diarrhea, according to the report.

Blood tests of the boy showed organisms that are normally found in feces caused an infection which an extensive medical evaluation could not to explain.

Suspecting someone may be contaminating the patient's IV lines, hospital staff began monitoring the teenager's room with video surveillance, and observed the mother injecting a substance into his central line.

Alberts was brought to the Child Abuse Office for questioning, at first stating she was injecting water to "flush it as the medicine that was given to him burned." She later admitted to injecting her son's own fecal matter, which she kept in a gift bag on the bathroom sink of his room, since November 13.

Alberts is charged with six counts of aggravated battery and one count of neglect of a dependent, resulting in serious bodily injury.

Dr. Veda Ackerman, Associate Professor of Pediatrics at IU School of Medicine who is treating the boy, said her greatest concern is missing the best window to keep the boy's leukemia in remission. The doctor added he "could have died from any of the episodes of septic shock and may well from his leukemia due to the prolonged delay in therapy."