WEST ALLIS, Wis. -- The tragic story of a six-year-old boy who died Monday, Sept. 6, in West Allis, who faced neglect and abuse from his mother, is hitting the community hard. A memorial was set up outside the home Sunday, Sept. 12, to honor the little boy.

This is the second fatal incident in Milwaukee of child abuse in over a week.

"Everyone in this whole community is hurt by the situation and we all just need to come together to get through it," said Juliann Bohne, a neighbor who lives near the scene and helped organize the memorial.

Bohne and other neighbors say they are very distraught by what happened to Brown-Rockow.

Neighbors say they didn't see the boy too much and were taken back by the busy scene on S 73rd St. Labor Day when police responded to a report of a child with a stab wound.

"It made me sick to my stomach. I couldn't believe that something like this was happening so close to home. You hear about these things but you don't realize that they are actually happening and for it to be five houses away from my home is just completely devastating," said Bohne.

"I was really surprised because this is just a really quiet neighborhood. Everybody's really friendly over here so it's not something we would expect," said Matthew Krahn, who lives near the scene.

Neighbors organized the memorial Saturday and have witnessed the site getting continuously filled with stuffed animals, flowers, and notes in memory of Hank.

"I have three children and two grandsons so it just definitely hit close to home. I can't imagine that any mother or anyone would take those measures to hurt such a young child," said Aida Ornelas, who lives in West Allis. She dropped off several stuffed animals at the memorial site on Sunday.

According to the criminal complaint, first responders on the scene say Brown- Rockow's skin was gray.

First responders also saw severe bruising from head to toe and human bite marks on the boy. They described his appearance as malnourished.

"How could we let this happen. My question is, what support system does the West Allis, West Milwaukee district has for families if they are going through any troubles, who can they go to? who can they reach out to?" said Ornelas.

32-year-old Tasha Rockow, the mother, made a court appearance Sunday. 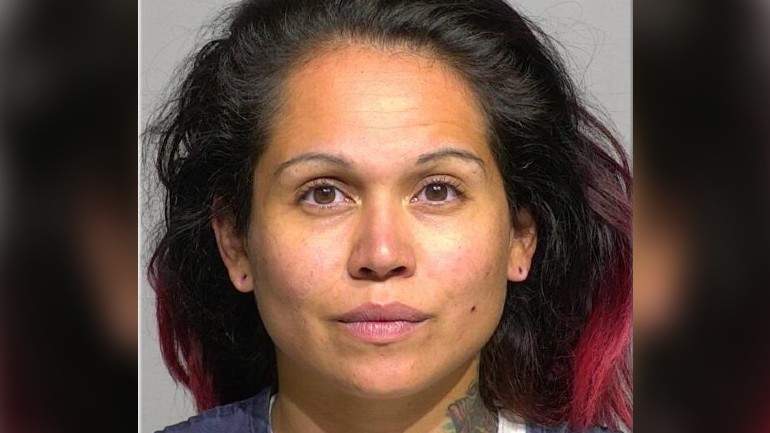 She was formally charged with two counts: chronic neglect of a child leading to death and one count of false imprisonment.

Neighbors say they were not aware of the abuse that Brown-Rockow was experiencing.

"We never saw any physical contact, never saw any marks or anything like that. I think hearing about this situation, I think it will kind of alert everybody to kind of keep an eye and ear open," said Bohne.

The Milwaukee County Medical Examiner's Office ruled the death as a homicide due to blunt force trauma to the abdomen.

Information from the criminal complaint stated that the boy lived with his father for most of his life but when his father passed away last year, he was placed with his mother, who had no prior relationship.

The defendant's sister claimed Rockow treated Hank differently from her other two children because she didn't like the father.

Police were also told he wasn't allowed to sit on the furniture and was denied food.

Additionally, the sister also said he would always wear a sweater, pants, hat, and a mask to cover his injuries.

A friend of the defendant added that he witnessed the other two children beat Hank and saw him handcuffed and shackled.

In a court appearance Saturday, Rockow was charged with one count of chronic neglect of a child - consequence is death and one count of false imprisonment.

The autopsy reveals that the boy also had "healing fractures" to multiple bones and also suffered several hemorrhages.

Hank Brown-Rockow's death was preliminarily ruled a homicide due to blunt force trauma to the abdomen; a result of the stabbing.

The charges stem from a Sept. 6 incident at a home near 73rd and Lapham for a report of a child with a stab wound.

The criminal complaint revealed that when first responders arrived on the scene, the boy was appeared malnourished with bruises covering his body "from head to toe" and was "gray" in color.

First responders found a stab wound to his abdomen, however, officials say the stab wound appeared to be an "older injury."

The complaint reveals that first responders who attempted CPR at the scene "knew that (Brown-Rockow's) condition was the result of something far more serious than a single stab wound."

In addition to severe bruising and other injuries, human bite marks were found on the Brown-Rockow.

The boy was later pronounced dead at Children's Wisconsin Hospital.

Officials report that Brown-Rockow lived with his father most of his life until 2020 when his father passed away.

The death allowed Brown-Rockow to be placed with his mother who had no prior relationship with the child.

Rockow reportedly told police it was "normal behavior" for her son to play with knives regularly.

She claimed the bruising was the result of other children in the home.

Rockow also informed police that on Sept. 6, she was woken up by two children who said Brown-Rockow had been playing with a knife and fell.

Additionally, the complaint says that she found him face down on the floor with a knife by his side before calling 911 and applying pressure to his abdomen.

The complaint says that Rockow had no explanation as to how the boy suffered bruising from head to toe, no explanation for the bite marks on his body, and no additional information on the boy's condition when paramedics arrived on the scene.

During her 911 call, police reveal that statements on the status of Brown-Rockow contradicted his actual condition and repeatedly claimed that other children had hit the boy.

Details found in the complaint show that Brown-Rockow was once seen handcuffed with his hands behind his back and his legs shackled, according to the complaint.

Witnesses confirm that Brown-Rockow was chronically abused and often denied the 6-year-old food or the ability to sit on the furniture.
Additionally, responders say Brown-Rockow's bedding was found outside of the residence at the time of arrival on the scene.

Responders also say a knife was located on her dresser and in the kitchen sink.

This is an ongoing story and more information will be added as this story is further investigated.