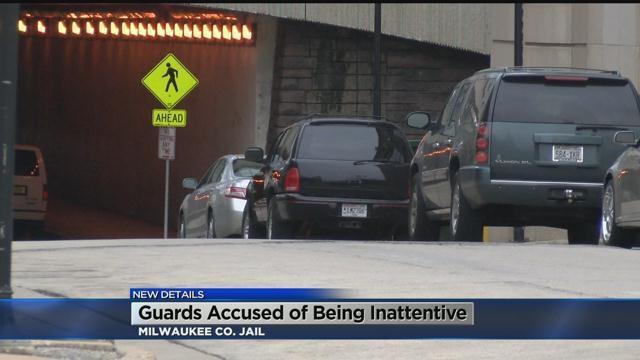 The woman who gave birth to a baby that died in the Milwaukee County Jail back in July, said guards did not help her when she asked for it.

"They treat people barbaric there, and it starts from the top down," said attorney Jason Jankowski.

Attorney Jason Jankowski said his client Shade' Swayzer was mistreated and ignored by staff, while she was an inmate in the Milwaukee County jail back in July.

In a notice of claim filed by Jankowski, he mentioned Swayzer is special needs, and did not get proper attention after letting a deputy know she was going into labor.

"Shade' stood up because her water had broken and she was bleeding. She informed the deputy, hey, I'm going into labor, and the deputy simply laughed and kept moving," said Jankowski.

He also said staff didn't check on her until six hours later, after she had given birth.

The sheriff's office has a different story. They said back in July that the baby was stillborn.

However, Swayzer claims the baby was born alive and breastfed.

"Shade' was taken to Columbia Saint Mary's where a fetal monitor was hooked up, baby's heartbeat was monitored by the doctors. The doctors said she was good to go. They discharged, her, and she was taken to the jail," said Jankowski.

Swayzer and her attorney are seeking eight and a half million dollars in damages. However, they said no amount of money, will bring her child back.

"What is the value of an unborn child's life? That's what it really comes down to," said Jankowski.

Three adult prisoners and the baby have died at the Milwaukee County jail since April. The Sheriff's Office, which oversees the jail, has not commented about any of those deaths.

The sheriff's office has six months to respond to the notice of claim.