Most snow on the ground in 10 years

NOW: Most snow on the ground in 10 years

Our big snowstorm from the weekend has ended and moved east where it could bring one to two feet of snow across some of the Northeast states. Locally it was lakeside spots that saw the most snow with some areas coming in at over a foot of snow. Totals were less for some inland and western locations. Milwaukee officially picked up 9.1" of snow from Saturday night into Sunday which is the biggest 2-day snowfall since March of 2017. 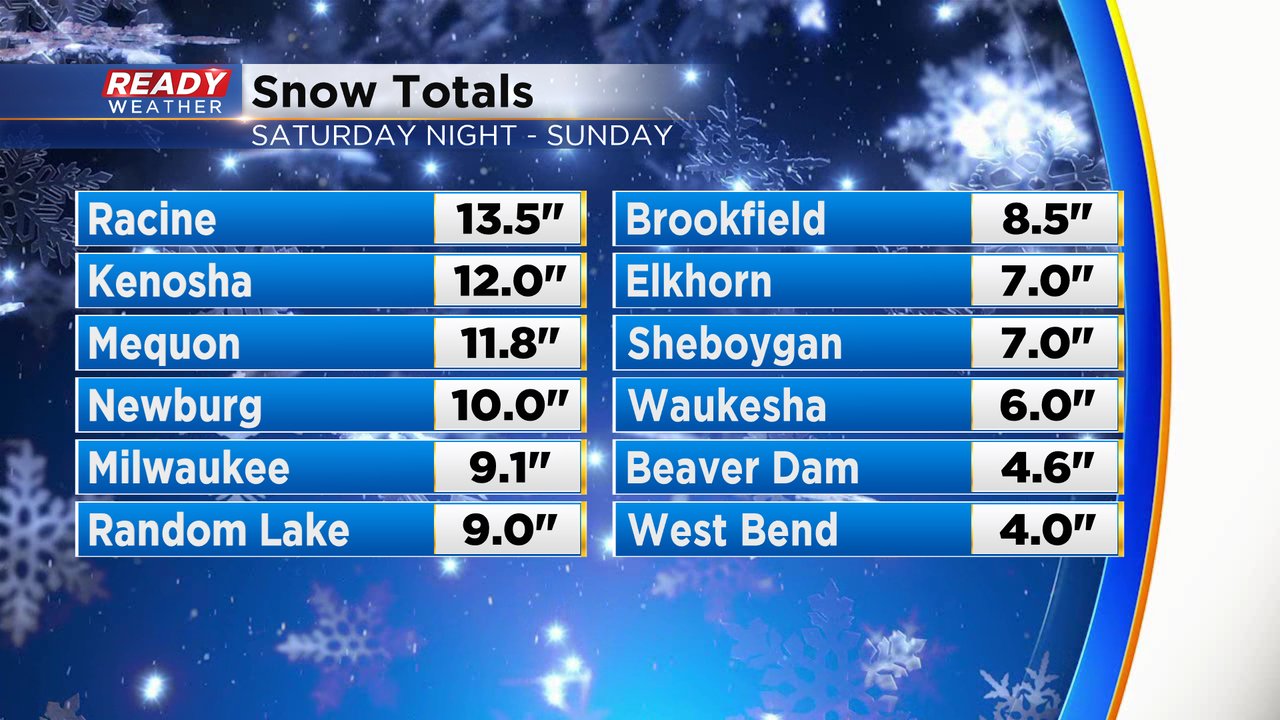 Here's another way of looking at the snow reports on a map view where lakeside areas just south of Sheboygan had 8-13". Most inland spots were in the 4-8" range and then NW counties like Dodge and Fond du Lac only saw 1-4" of fresh snow. 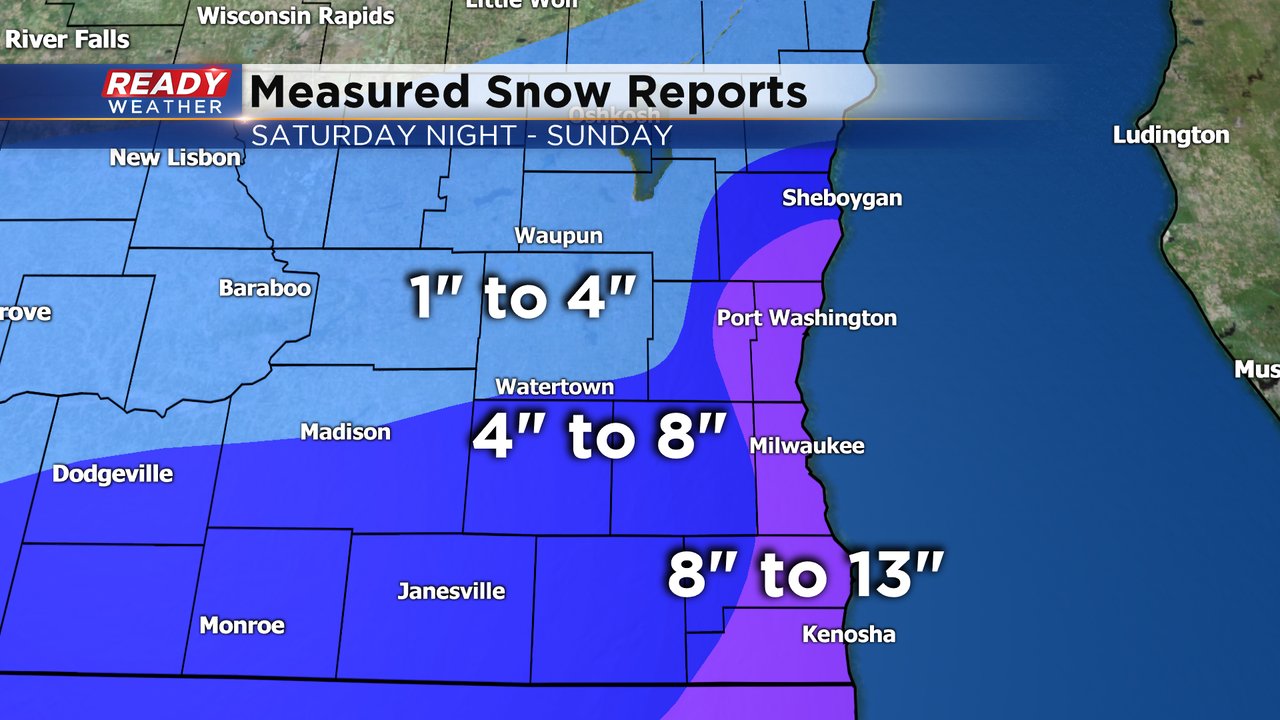 The 9.1" of snow that fell in Milwaukee was enough to put Milwaukee above-average on snowfall for the first time this season. Milwaukee now sits at 28.7" of snow above the average of 28". With a couple of dry days in the forecast we will likely go back below-average but then some light snow chances for the second half of the week should put us back on track. 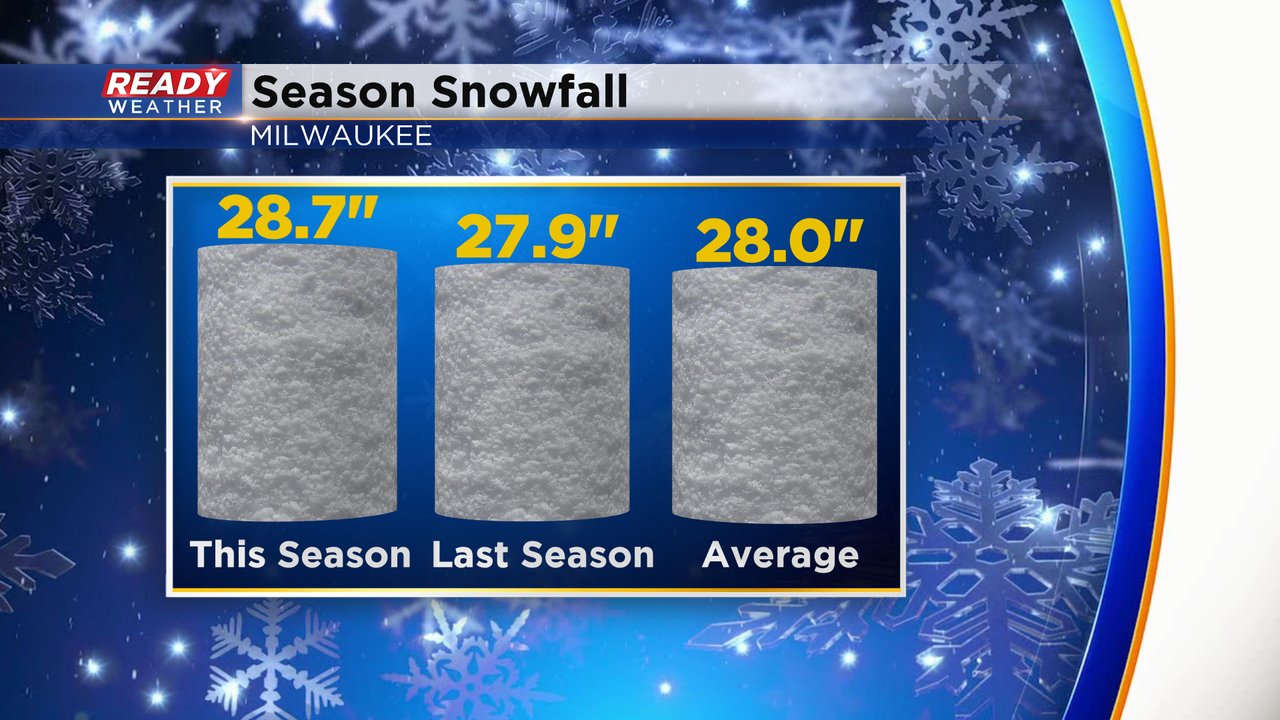 We've had a lot of snow over the last week. When you compare the 15" of snow picked up over the last 6 days it is more than the 13.7" of snow we had for the first full 3 months of the season! 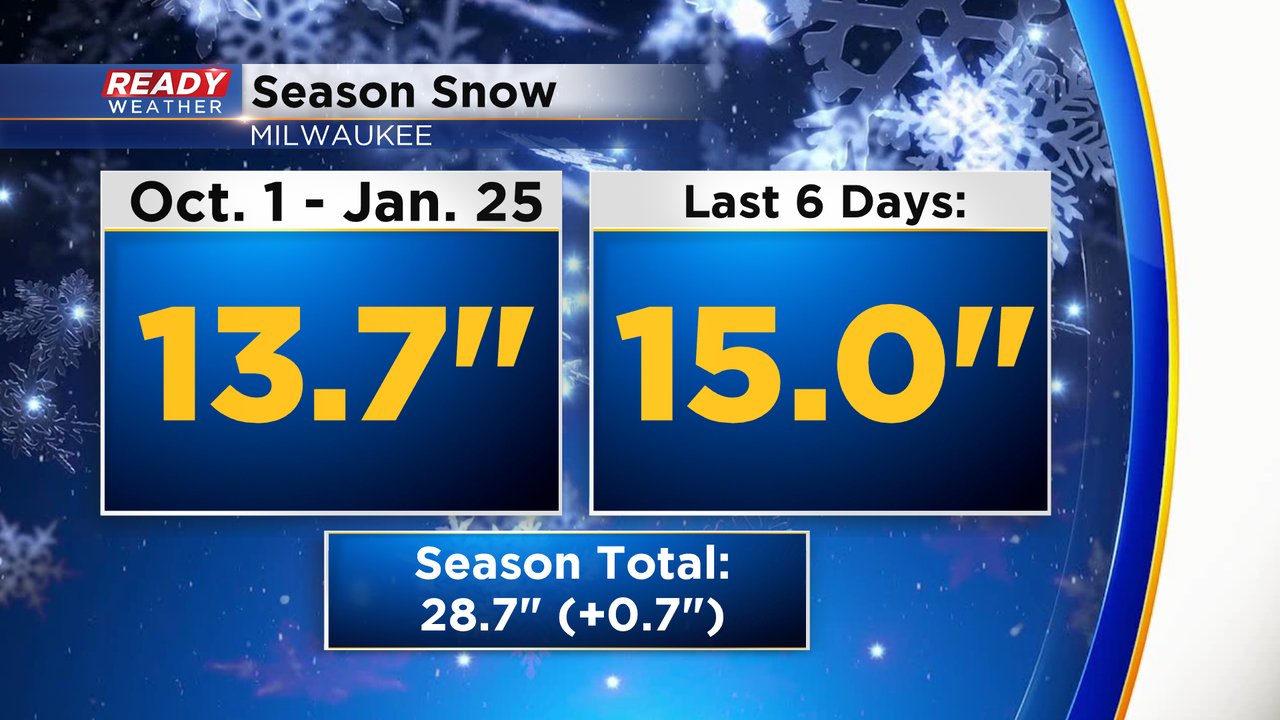 With back-two-back storms there's almost nowhere left to put the snow. The snow depth in Milwaukee is 16" as of Monday morning which is a lot more than we've had in recent years. The last time we had that much snow on the ground in Milwaukee was February 2, 2011 - the Groundhog Day Blizzard where Milwaukee picked up 17.6" of snow! 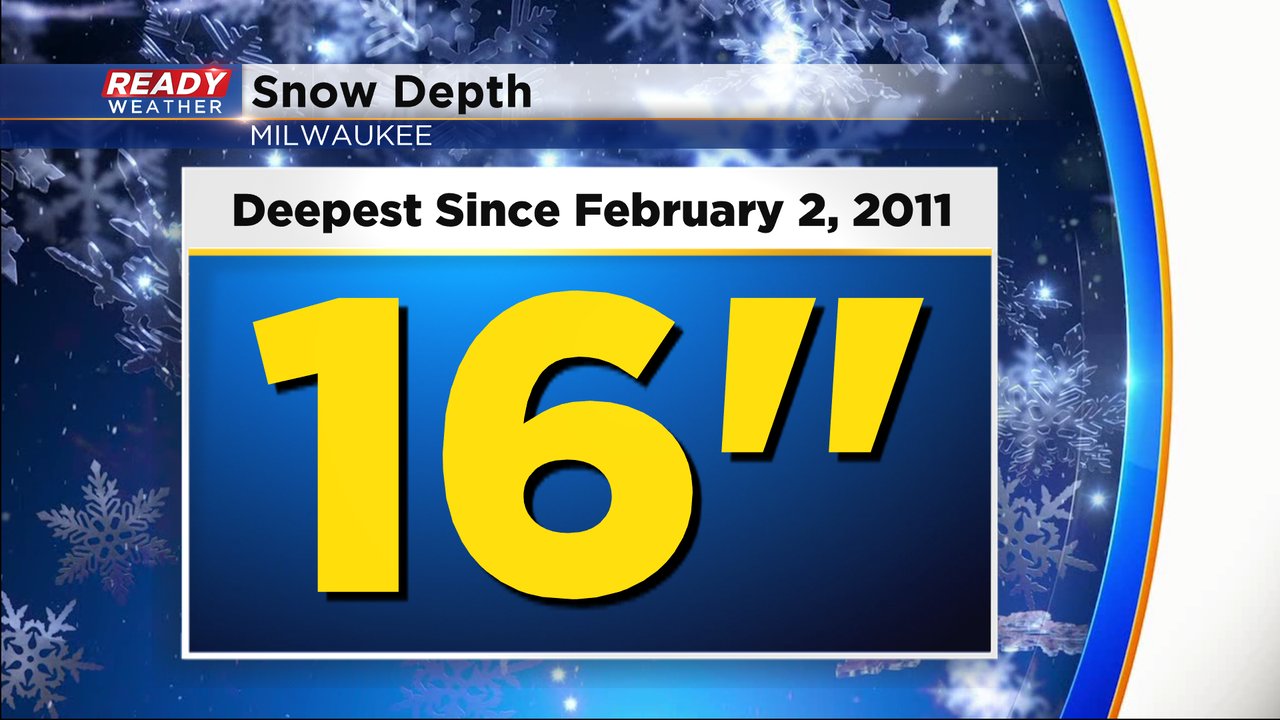 Download the CBS 58 Ready Weather app to track our next chance for snow!