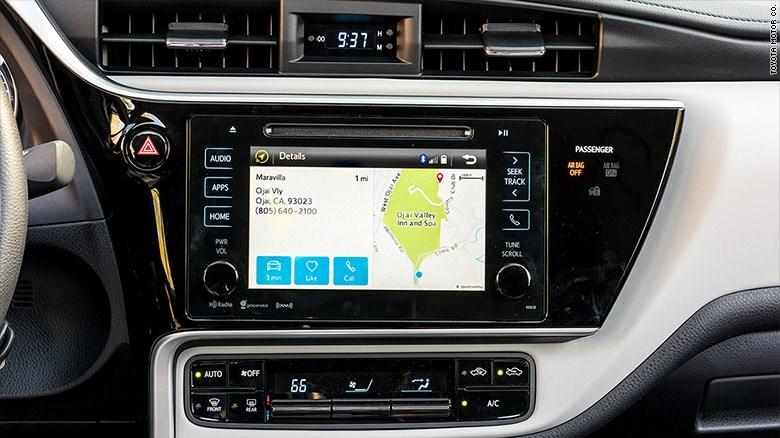 (CNN MONEY) Many new cars today come with built-in navigation systems, but a lot of frustrated new car owners just use their phones for directions, according to a new survey.

The market research firm J.D. Power and Associates surveyed owners of new vehicles after the first 90 days of ownership. They were asked about all kinds of new in-vehicle technology including navigation, entertainment and safety technologies like lane-keeping assistance and automatic braking. For the most part, the survey found, people are relatively satisfied with the technology in their cars. On a 1,000 point scale, the average satisfaction score was 730.

Navigation systems rated the worst with an average score of 687.

Almost two-thirds of new vehicle owners with a built-in navigation reported using their smartphone or a portable navigation device to find their way at least some of the time.

The biggest cause for dissatisfaction was the often arduous task of entering a destination, said J.D. Power vice president Renee Stephens. With many cars, drivers have to go through tedious menus to enter an address or deal with confusing "point of interest" search menus that don't include a lot of destinations.

Voice commands are another option when entering destinations in the car, but that opens up a whole new realm of frustration, she said. Voice commands are often misunderstood and have to be repeated multiple times.

To make matters worse, most systems lock drivers out from being able to manually enter a destination while the car is moving. That's for perfectly understandable safety reasons, but even when a passenger is available to do the work, destination entry is still impossible except with frustrating voice commands.

Many cars now have systems like Android Auto or Apple CarPlay that "mirror" the phone's applications in the car's computer display screen. That allows the phone's easy-to-use navigation system to essentially act as the car's navigation system with the map displayed right in the dashboard screen. That should provide an easy solution to these problems, said Stephens, but many car owners with these sorts of systems aren't even aware they have them.