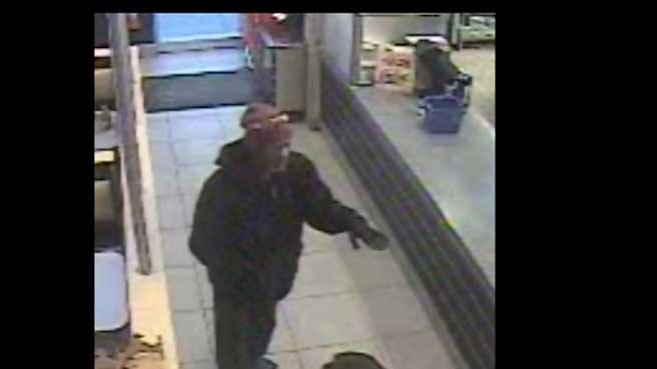 The Burger King on the corner of North Avenue and North Prospect Avenue was robbed on Monday at 7:05 AM, according to Milwaukee Police.

The suspect walked into the restaurant and implied that he was carrying a gun. He demanded and obtained cash from an employee and then fled on foot.

The suspect is described as a black male, mid-to-late 40’s, 5 feet 4-inches to 5-feet 6-inches tall, with a mustache and goatee. He had on a red/burgundy skullcap with clear safety glasses over it. He was also wearing a black zippered hooded sweatshirt over a black t-shirt, black pants, and dark gray or black work boots.