More than 200 injured in explosion at Taiwan water park 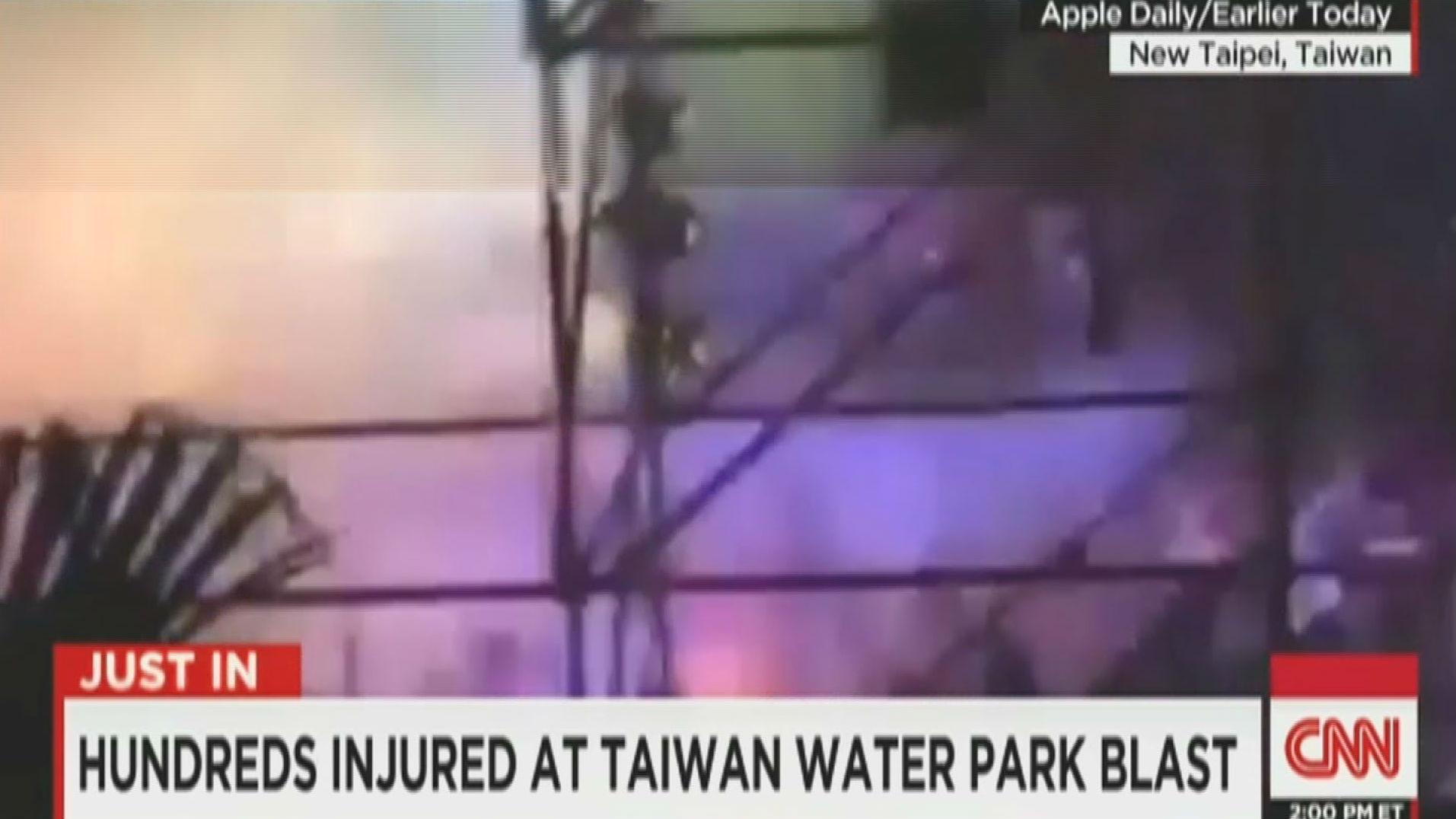 (CNN) More than 200 people were injured -- scores of them seriously -- after flammable powder apparently exploded in midair at a recreational water park in Taiwan, the East Asian nation's official Central News Agency reported.

The flames erupted when the unknown substance blew up over a stage around 8:30 p.m. (8:30 a.m. ET) at Formosa Fun Coast, firefighters said, according to the CNA report. The park was then hosting a Color Play Asia party.

The exact cause has not been determined, and police were questioning the head of the park.

CNA reported that \"the fire was quickly brought under control,\" but not before at least 205 people suffered injuries, 82 of them seriously.

Some people used large swimming tubes as stretchers to carry out the injured, CNA reported.

Hours later, most of the injured had been transported to three area hospitals for emergency treatment. Many were still at the park, though, with CNA reporting that on-site first aid stations were opened to provide urgent care.