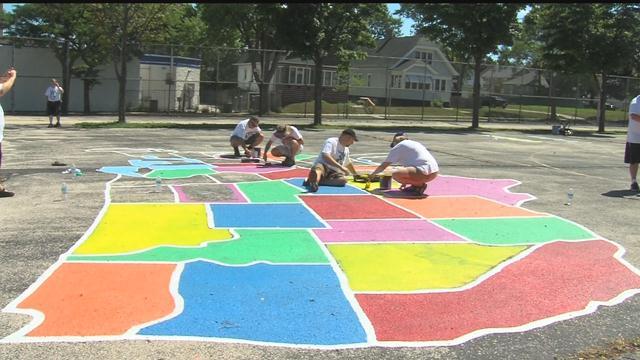 Williams said, "They could've said 'oh no I'm not going to feel safe', but they felt safe enough to be here today, and I am so proud that they are here."

The school is just blocks away from Sherman Park, where a portion of destruction and unrest played out last weekend.

Despite last weekend's violence near the Sherman Park school, more than 120 people from GE Healthcare followed through on their promise to help "beautify" the school Wednesday.

Williams said, "That made me excited when they came to say 'oh no we wouldn't have missed this', that made me feel good."

Williams said she lives across the street from Sherman Park, and witnessed much of the unrest over the last few days. She said she wants the students to see their school as a beautiful place, and is hoping Wednesday's improvements help make that happen.