More Milwaukee County Park Cameras Will Have to Wait 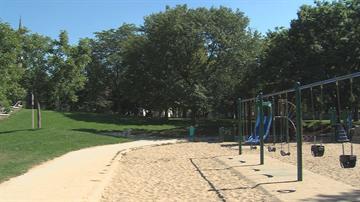 The resolution asks for the installation and operation of surveillance cameras in Milwaukee county parks, and is a tool, says Bowen, to help deter crime in the area, specifically in parks. Bowen adds that the cameras could help prevent or even solve violent crimes

But before the process went ahead, it needed to go before the committee for a look into the cost of installing and operating the cameras.

Supervisor Jason Haas who sits on the committee says, \"If it would help fight crime...we definitely need to look at that.\"

But by the time the members of the committee had finished looking over, and discussing Bowen's draft, it was tabled for \"an excessive four months,\" according to Bowen.

Bowen goes on to tell CBS 58, that \"I question the motives behind the opposition as 1 [sic] board member mentioned it would move crimes to other areas.\"

The \"lay over,\" means that the issue of even beginning to talk about the cost and which parks could receive the proposed cameras will have to wait.

Meantime, area residents like Franklin Combs, a husband and father to an 11 month old girl thinks the proposal is \"a good idea.\" Combs say's that he feels like he needs to wear a bullet proof vest when he takes his family to Tiefenthaler Park on West Galena Street.

Tiefenthaler Park is the same north-side park where 26 year old Jacobi Davis was gunned down on May 29Th.

More than three months after the homicide of Davis, police have yet to charge anyone with the crime.

The idea of installing surveillance cameras in county parks is not a new one. Mitchell Park Domes, O'Donnell Park and the Lincoln Park Aquatic Center already have camera's.