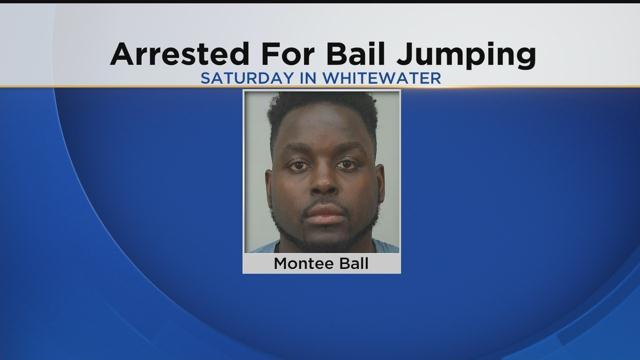 Ball was scheduled for a court appearance in Madison on Monday on domestic battery charges, related to a 2014 case.

One of the conditions of his release after that arrest was that he not drink alcohol or go to a bar,    but Saturday, police were called to a tavern in Whitewater, where Ball was said to be drinking.