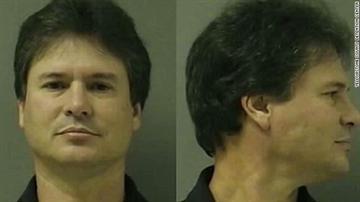 Billings, Montana (CNN) -- Fighting back tears, Auliea Hanlon sat on the witness stand in a Montana courtroom, just feet away from the man who pleaded guilty to raping her 14-year-old daughter -- and initially received a sentence that required him to serve just 31 days in prison.

\"Here we are -- six, seven years later, still waiting for justice,\" she said, according to video of the sentencing from CNN affiliate KTVQ. \"He knew what he was doing. He knew what was going to happen to her.\"

Stacey Dean Rambold was accused of raping Cherice Moralez, a freshman in his business class at Billings Senior High, in 2007.

Moralez committed suicide in 2010, before the case went to trial and before she reached her 17th birthday.

On Friday, Judge Randal Spaulding resentenced Rambold, this time to 15 years in prison, with five years of that suspended, according to a prosecutor in the case. Rambold was then handcuffed in court and taken to Montana State Prison.

Rambold will get credit for the month he served behind bars earlier in the case, according to Yellowstone County prosecutor Scott Twito.

Rambold was first charged in 2008, after Moralez confided in a church group leader.

After the initial ruling, Baugh drew intense criticism for both the brief duration of his initial sentence and comments he made, which some said placed blame on the victim.

Baugh said the victim looked older than her years and was \"probably as much in control of the situation as was the defendant,\" according to the Montana attorney general's office.

Montana's Supreme Court ruled that Baugh used an inapplicable statute to impose the original sentence and that a new judge would have to resentence Rambold.

Baugh apologized for the comments but defended his initial sentence. Writing to a judicial review board, he said: \"I am sorry I made those remarks. They focused on the victim when that aspect of the case should have been focused on the defendant.\"

Baugh told KTVQ in January that he would retire at the end of the year. The decision, he said, wasn't related to the Rambold controversy.