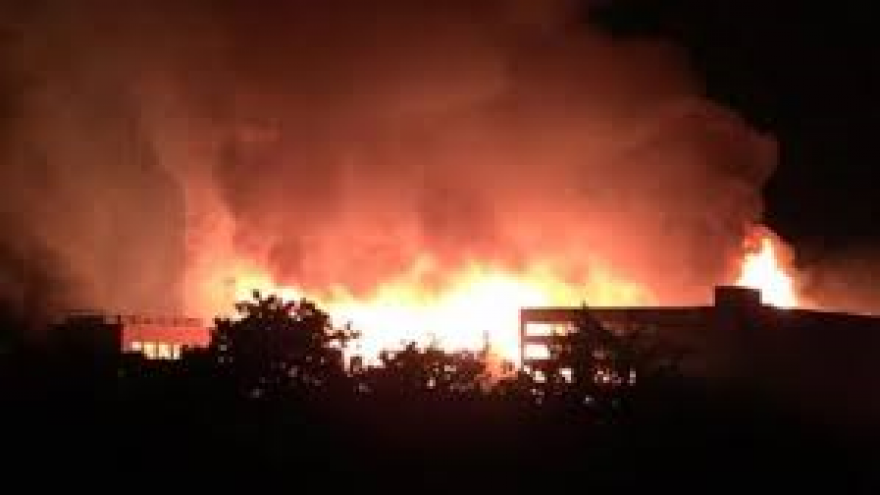 Fire officials told WNCN the flames started on the third floor of an apartment building under construction and spread quickly because of the structure’s wood construction. Strong winds spread smoke, as well.

The fire spread to four other buildings, according to Raleigh fire officials.

No injuries were reported,and there are no indications anyone was trapped in the building, officials said.The Red Cross was mobilizing volunteers to help people displaced by the blaze. A local church was opening as a shelter downtown.