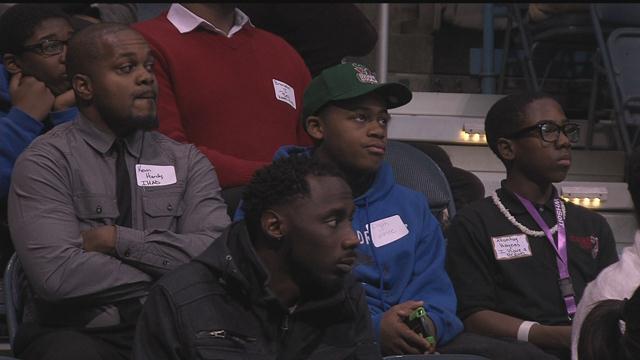 More than $400,000 in the proposed 2017 MPS budget says its going to "Black Lives Matter," an activist group some consider controversial.

But none of the money is actually going to the organization. MPS leaders said the name refers to racial disparities in education raised by the movement and ending that inequality is where the district is focusing its work.

Murders, mass incarceration and unemployment are all social disparities that hold down black men in Milwaukee. That's why Roman is on the front lines to save them from the cycle.

"What I don't want people to do is conflate the Black Lives Matter movement with the My Brother's Keeper Initiative, but really understand what both are," he said.

Milwaukee adopted the My Brother's Keeper Initiative in 2014. It's a national program by President Barack Obama to make sure young men of color have the tools to graduate and get a job.

Roman, who is a co-planner of the program, said the Black Lives Matter movement only compliments those ideals of empowerment.

"Some may not agree with all that's going on in our communities, but if we don't have some kind of hope and allow that hope to guide our communities, we're going to continue to see the things we see," he said.

As a My Brother's Keeper partner, MPS is proposing $471,073 to develop a cultural studies curriculum. $260,889 would cover salary and benefits for three new social studies teachers and $210,184 would pay for staff training for other employees.

The district spokesperson said the effort aims to improve learning and  "create spaces for staff and students to dialogue about and develop solutions to challenges faced by young people in their communities every day."

For that reason, Roman said it's important Black Lives Matter plays a critical role in the voice for change.

"We're doing things a little differently this year, which I think scares a lot of people," he said.

Again, no MPS funding is going to the Black Lives Matter movement. But Roman said its local leaders have helped MPS align its efforts with the My Brother's Keeper Initiative.