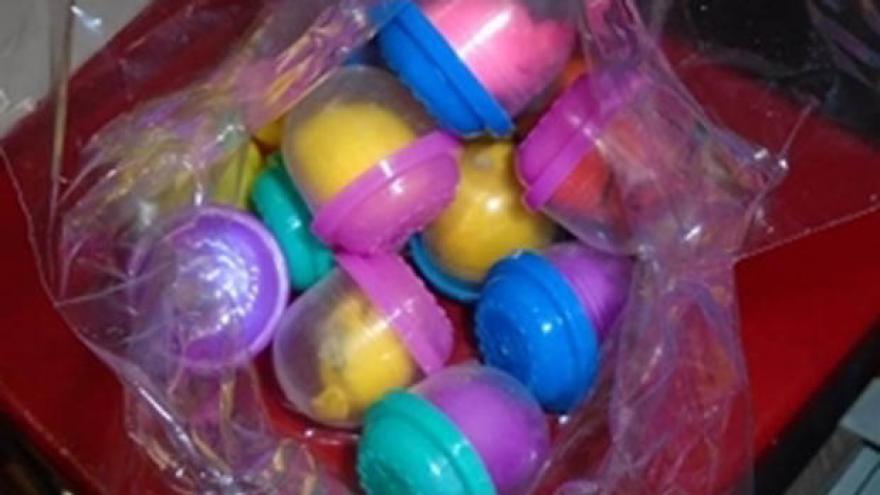 BELL GARDENS, Calif. -- A mother and her young son made a disturbing discovery when a toy they purchased from a Southern California restaurant's vending machine turned out to contain cocaine, CBS Los Angeles reports.

A squishy ball similar to a stress ball was purchased in a plastic container about 9:30 p.m. Monday from a gumball-type machine at Taqueria Los Altos in Bell Gardens, according to police Detective Miguel Torres.

"While her son was playing with the putty-ball toy, it ruptured, and a white powdery substance came out," Torres said, adding that the mother then called police.

Officers showed up with a drug-testing kit. They ran the powder through it, and it came back as cocaine. A total of 136 grams (4.8 ounces) of the drug were removed and recovered, according to the detective.

Detectives on the case told CBS Los Angeles that's not a small amount of cocaine.

The incident sparked interest among the restaurant's customers.

"It was weird because usually me and my sister get toys, well like sometimes, and then when I heard about it, I was like, 'I don't think I'm going to get some anymore,'" Denali Segura said.

"These are kids, small kids that come in here looking for these stuff in the machines," Mahan said.

Detectives don't think that the restaurant or the vending company are involved. They are investigating how the cocaine got into the machine.

Police said the ball had a smiley face on it and that they want to warn parents of children who might buy items from these types of machines. Police said that the machine in question has been removed from the restaurant.