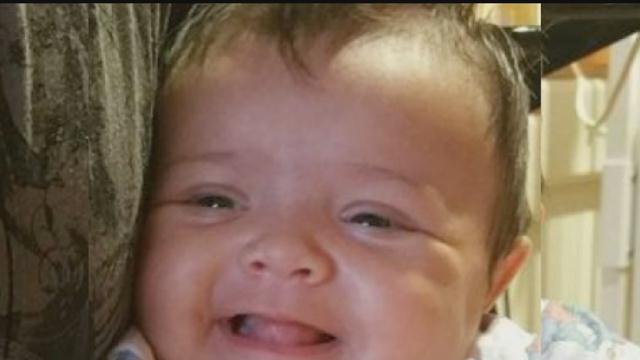 A two month old baby is recovering at home, grazed by a bullet during a road rage incident.

When we spoke with the baby's mother Monday night, she told us the family is doing fine, but declined to do an on-camera interview.
Right now, the person who fired the gun is still on the loose, and we're still waiting on answers as to how this happened.

"An innocent life that has nothing to do with anything. Who in their right mind would want to harm an innocent little two month old baby?" asked Lamont Lanfair, a witness to what happened. He was in disbelief after hearing what happened just before 5:00 Sunday night.

The Milwaukee County Sheriff's Office says they were called out to I-43 near Capitol Drive for a report of shots fired.

A Gofundme page set up for the Schowalter family says they were driving back from the zoo when someone shot into their vehicle.

As you can see from these pictures, the bullet went through a passenger door, through 2-month-old Ava Schowalter's car seat.

The sheriff's office says the bullet grazed her but a family friend says it just missed her spine.

The website says the family's two year old daughter was also in the car but not hurt.

Authorities blame it all on road rage and while we don't have answers on how this incident started witnesses say this scary incident should be a lesson to all.

"Us as a society we need to take ten and just try to calm down before we go through any reactions of our own or take matters into our own hands, as far as taking out a gun and shooting at someone," said Lanfair.

Here's a link to the family's Gofundme page if you're interested in donating: https://www.gofundme.com/2axhswa4