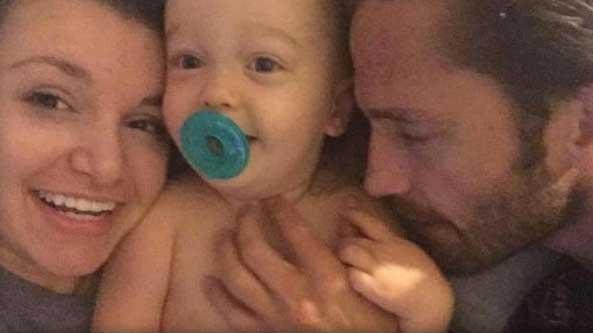 Liam Mikael Kowal was being pushed in a stroller by his 15-year-old aunt when both were struck by an SUV Saturday afternoon. The pair was in a crosswalk at an intersection. The intersection has flashing yellow lights, but is not a stoplight.

Liam was taken to Harbor-UCLA Medical Center, where he was stabilized. The family decided to remove him from life support Sunday.

The baby’s aunt recovering from leg injuries and is in stable condition.

Liam was the son of MMA fighter Marcus Kowal, a mixed martial arts athlete who owns Systems Training Centers. Kowal announced on hisFacebook page Monday that he and his wife had decided to donate the baby’s organs.

“This isn’t easy to write but Liam is going to donate his organs, so that his little heart can make another child live,” Kowal wrote.

“They made the decision, I think it’s a beautiful decision, and it’s based on the fact that if they can have a set of parents that doesn’t have to go what they’re doing through,” said Thomas Kowal, the baby’s uncle.

Higgins was released from the Hawthorne jail on $100,000 bail. Since Liam has died, Higgins may now be charged with felony vehicular manslaughter. The district attorney was expected to make a decision about the charges against Higgins Tuesday.