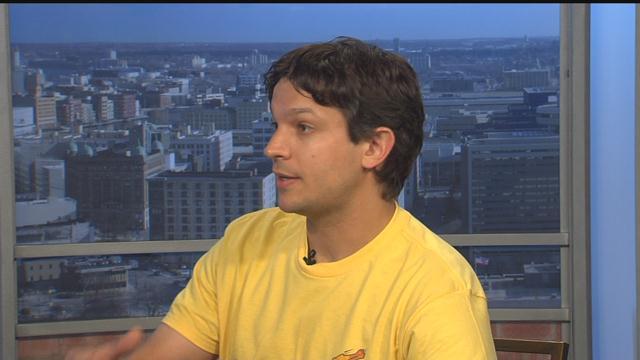 Festival Director Matt Kemple joined us live on the CBS 58 News at Four to talk about the lineup, featuring professional stand up, improvisation and sketch comedy performers from across the U.S. And Canada. \"We actually have acts coming in from all over the country, but one of the great things is that the local comedy scene is excellent, and those performers are just as good as some of the national performers coming to town,\" Kemple said.

The festival will take place at Next Act Theatre on South Water Street, and for the first time at the Historic Turner Hall. This year’s final night will feature Brian Posehn (The Comedians of Comedy and Fantastic Four) as the festival headliner on Sunday August 9. You may have seen Posehn on any number of TV shows like Seinfeld, the Big Bang Theory, or New Girl. \"He's kind of a nerd-metal comic, he loves Slayer... plays Dungeons and Dragons... but is also a family man,\" Kemple said.

With so much talent in town, we asked Kemple to give us a few acts to watch out for. \"Groups like Broad Minded Comedy an all-female troupe that's performing in (Thursday's) show. We have Dynamo kickstand which is a local sketch group. Variety Hour Happy Hour is also sketch. Those guys do shows in Milwaukee all the time, and are very funny. I would definitely recommend those,\" he said.

For the lineup and more information, go to http://festival.milwaukeecomedy.com/