The main area of rain and snow from Thursday night has left the area. Now we just have some flurries and drizzle out there. Some of the drizzle could freeze so a winter weather advisory remains in effect for some of our northern counties. Light snow showers or flurries not really accumulating will be possible off and on through Friday. A better chance for some accumulating snow will happen Friday night into Saturday with up to 2" of new snow possible. A few flurries will linger through the rest of Saturday and Sunday. Sunday could see another dusting of snow. 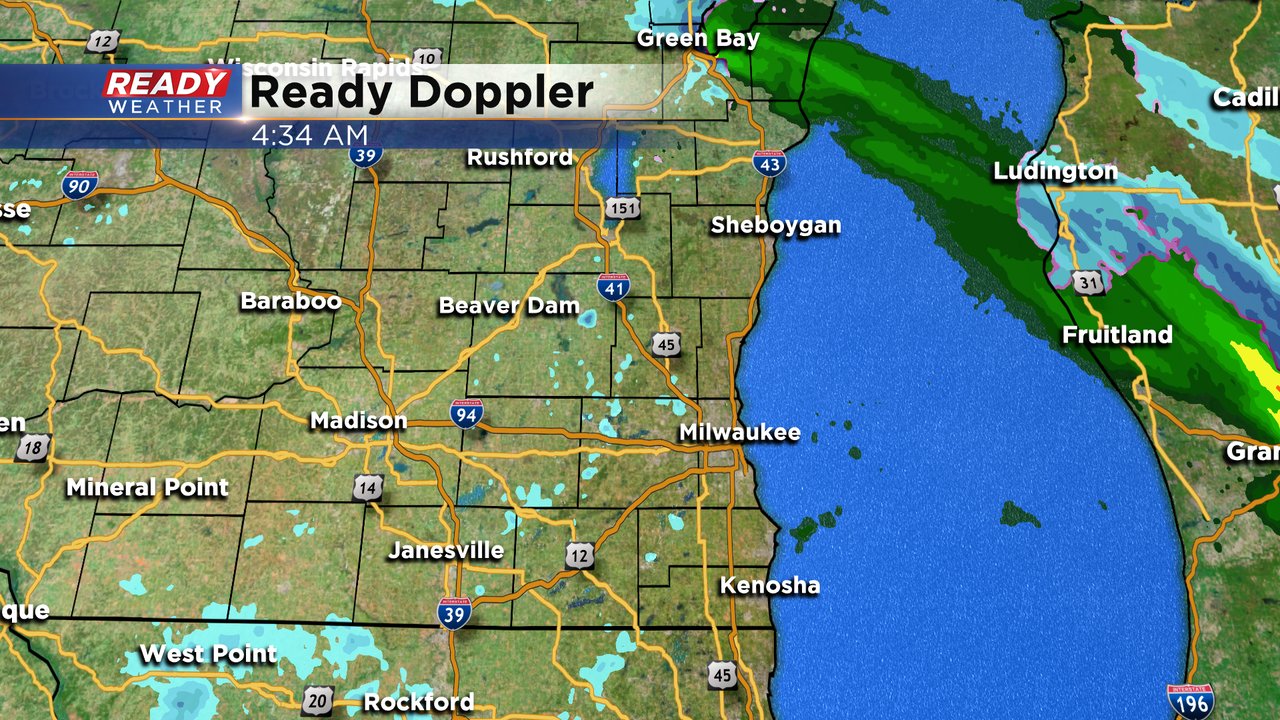 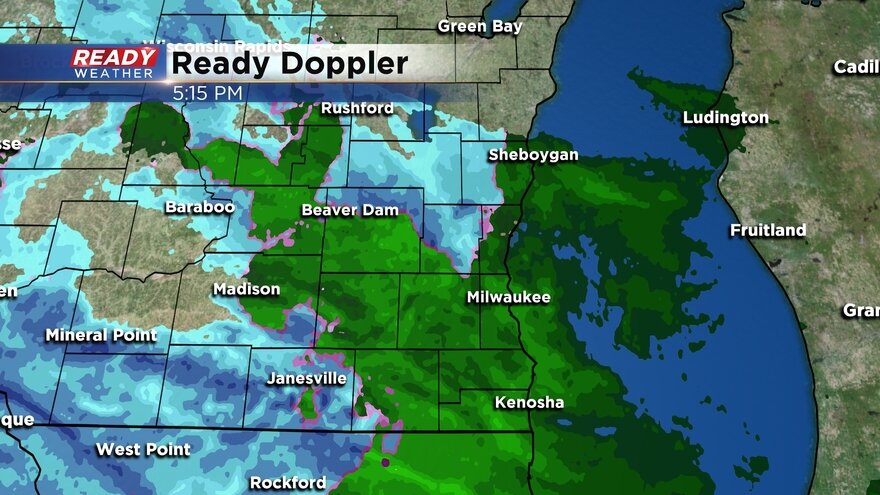 More rain than snow this evening, but that will be changing over the next several hours.  The lakefront is going to be very tricky with that southeast wind.  Temperatures right now are in the middle to upper 30s!

The snow will continue into 6 am and then taper to flurries.  Light snow showers are possible for Friday with another band of snow late Friday night into Saturday morning.

We are still expecting 1" to 4" of snow areawide. 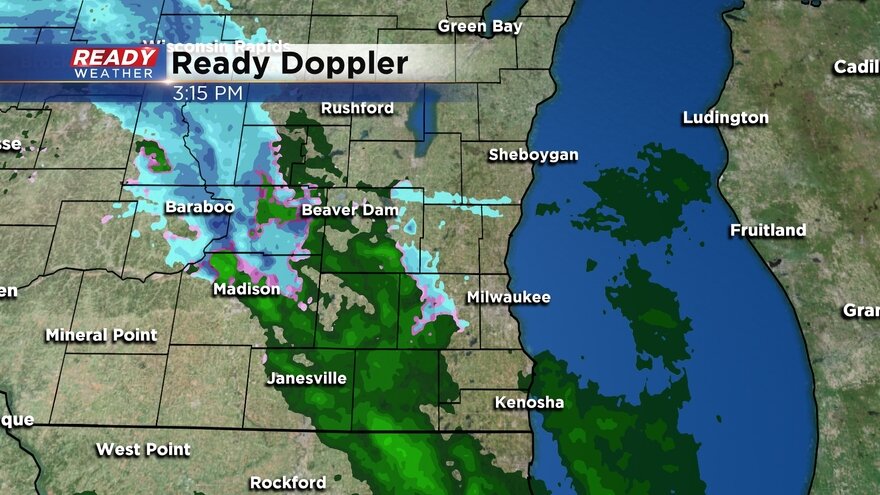 Scattered rain showers are developing across the area.  Snow will start mixing across our western areas over the next several hours.  Lakeside areas will remain more of rain and a mix.

Best chance for snow will be across our western counties.  1" to 2" is possible this evening and overnight, especially within the winter weather advisories. 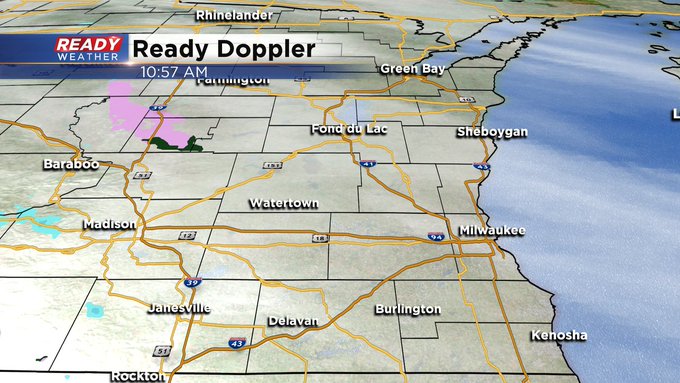 Just a few dots and dashes on the radar at this time... wet weather moves in late today and into the evening. Now we're back to possibly more rain for our major cities along the lakefront, with mixed showers inland. Here's what you can expect in the metro: 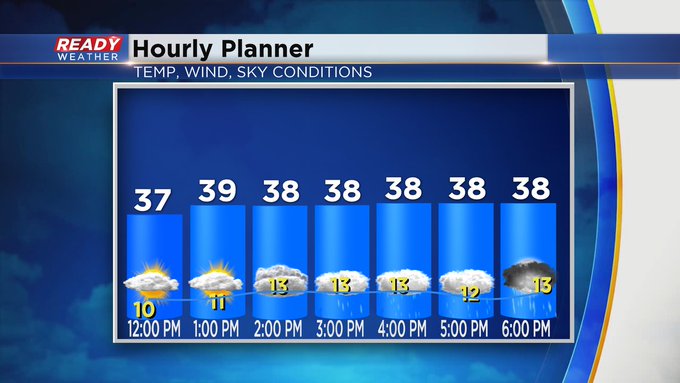 If temperatures hold more in the upper 30s as shown here, we will likely monitor rain for part of the evening in Milwaukee. In time we should see the transition to snow areawide, but that may not occur until late into the night. That said, more snow is starting to pivot into the storm later Friday, so it still looks like the city could pick up close to two inches of snow by the time we get into Saturday morning. 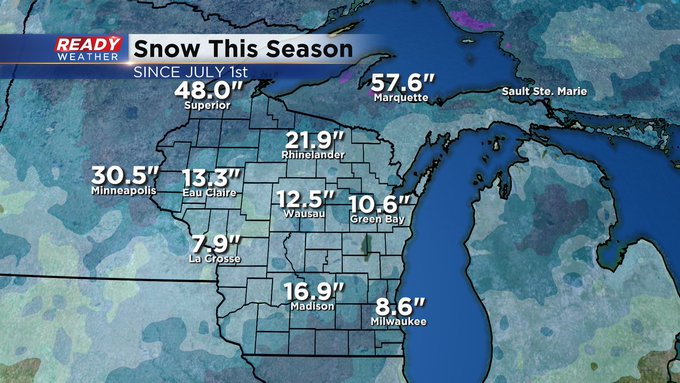 As we look at regional snowfall so far this season, it's clear many cities are running behind on snowfall this season. Milwaukee is now eleven inches behind. Marquette Michigan is running thirty-four inches behind to date! Both locations are calling for more of a mix with only light snowfall accumulations expected as the mild January continues.

Our storm system is still on track to arrive during the afternoon and evening Thursday between 3-6 p.m. for most areas. The bulk of the accumulating snow falls Thursday evening into early Friday morning with wet roads expected for the Thursday evening commute and slushy roads for Friday morning. Lingering light snow showers through Friday and flurries Saturday morning could add up to another inch.

We are missing out on the most impactful part of this storm with high wind warnings in the Plains and Dakotas and Blizzard Warnings in Minnesota and Iowa. The wind here won't be much of an issue at all staying in the 5-15 mph range. 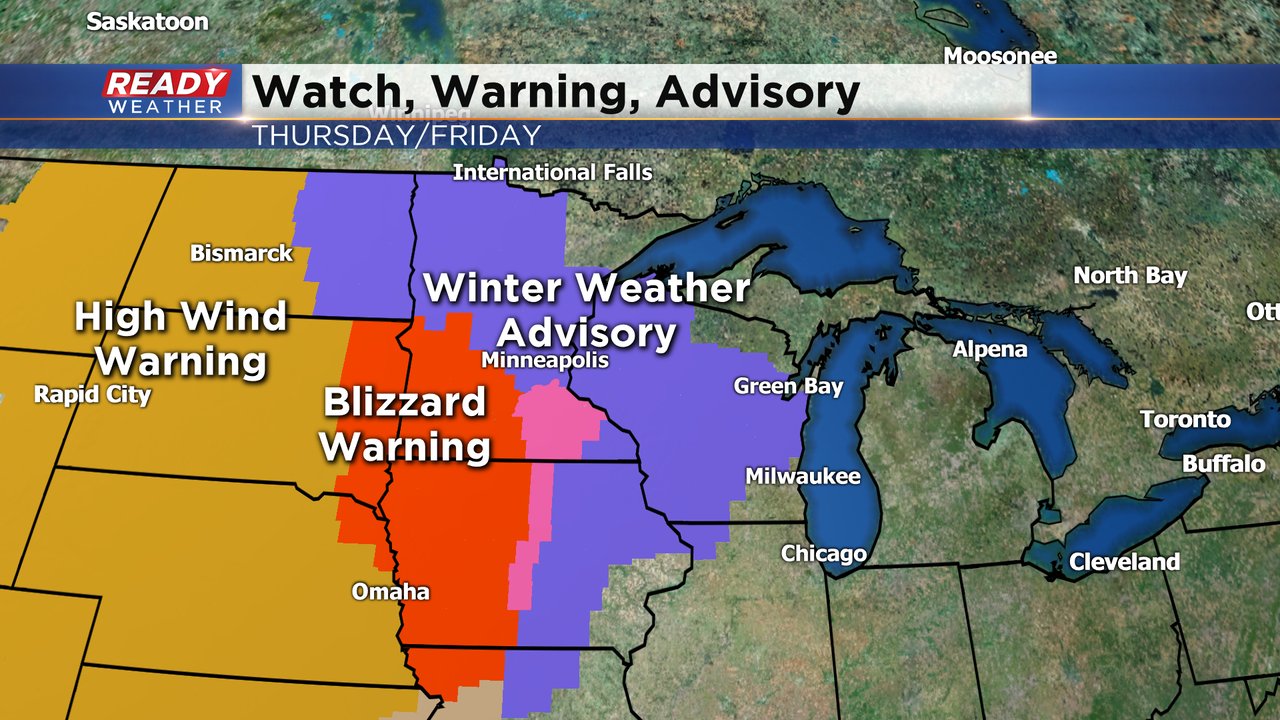 Our day of chaning weather is here. We start out dry Thursday morning with rain or a rain/snow mix arriving during the afternoon that switches to all snow by late evening. A winter weather advisory has been issued for a few of our northern counties highlighted in purple from 6 p.m. Thursday to 6 a.m. Friday. These are the areas that have the best chance to see over 3" of snow. 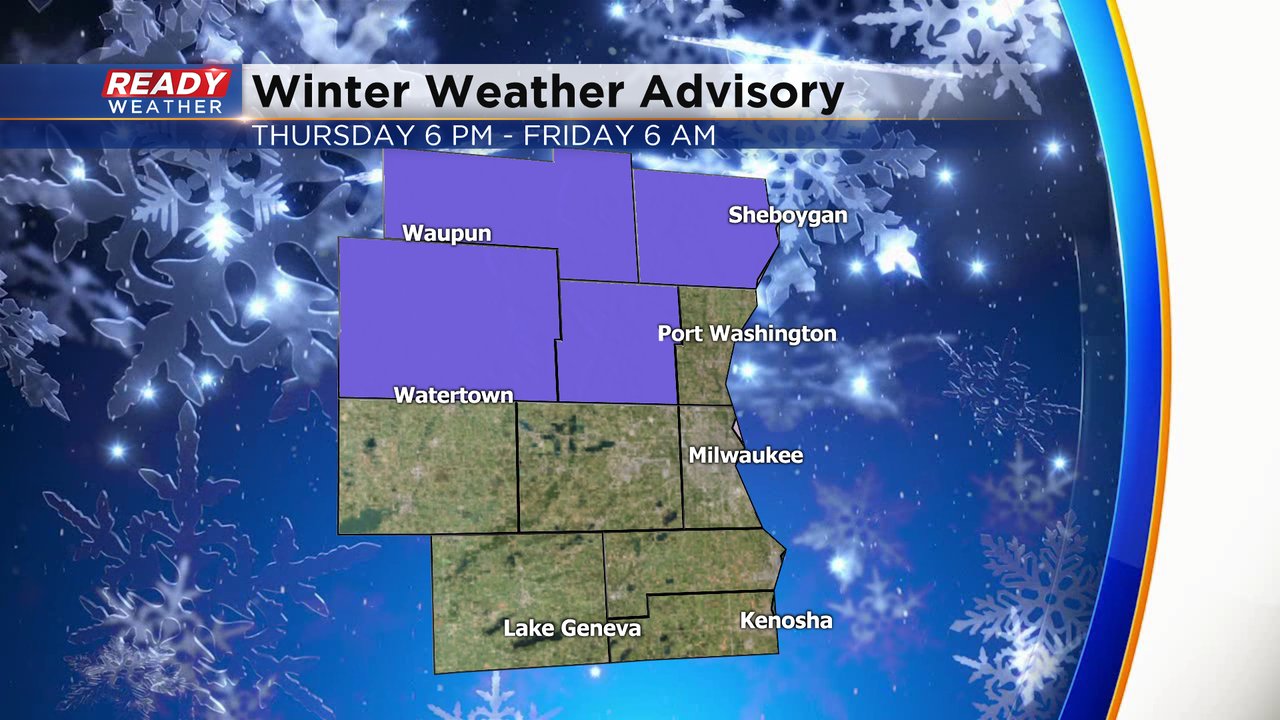 A few minor changes to the snow forecast from yesterday. 1. The start of the snow looks a little later with most staying dry around midday and seeing the snow move in from 3 p.m. to 6 p.m. 2. The period of rain or rain/snow mix could linger a little longer, especially for eastern counties, with some not switching over to all snow until midnight. 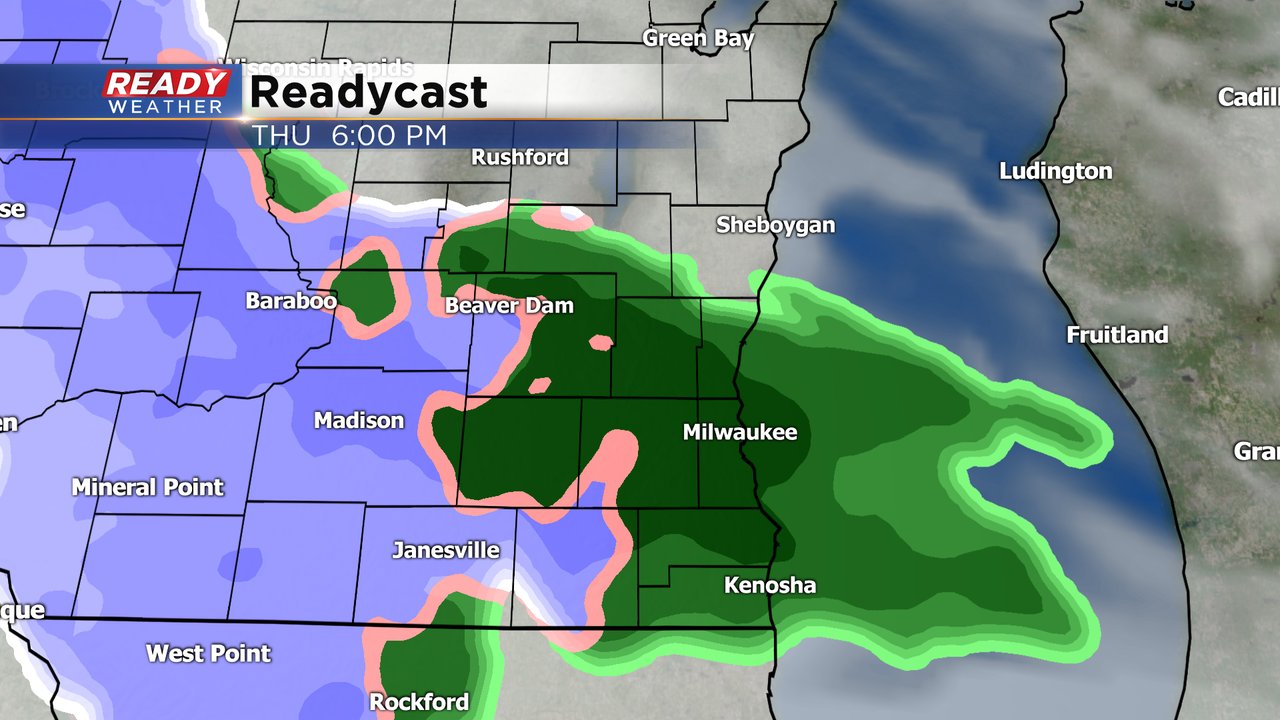 The lingering rain and rain/snow mix combined with a later arrival time means that the evening commute won't be super difficult but some wet roads are expected in the Milwaukee metro area and some western counties could see some slushy snow already on the roads. Travel will become more difficult Thursday night into early Friday morning but by the heart of the Friday morning commute the accumulating snow will be done. None of the threats with this storm look extreme but roads, visibility and snow will be the biggest impacts. 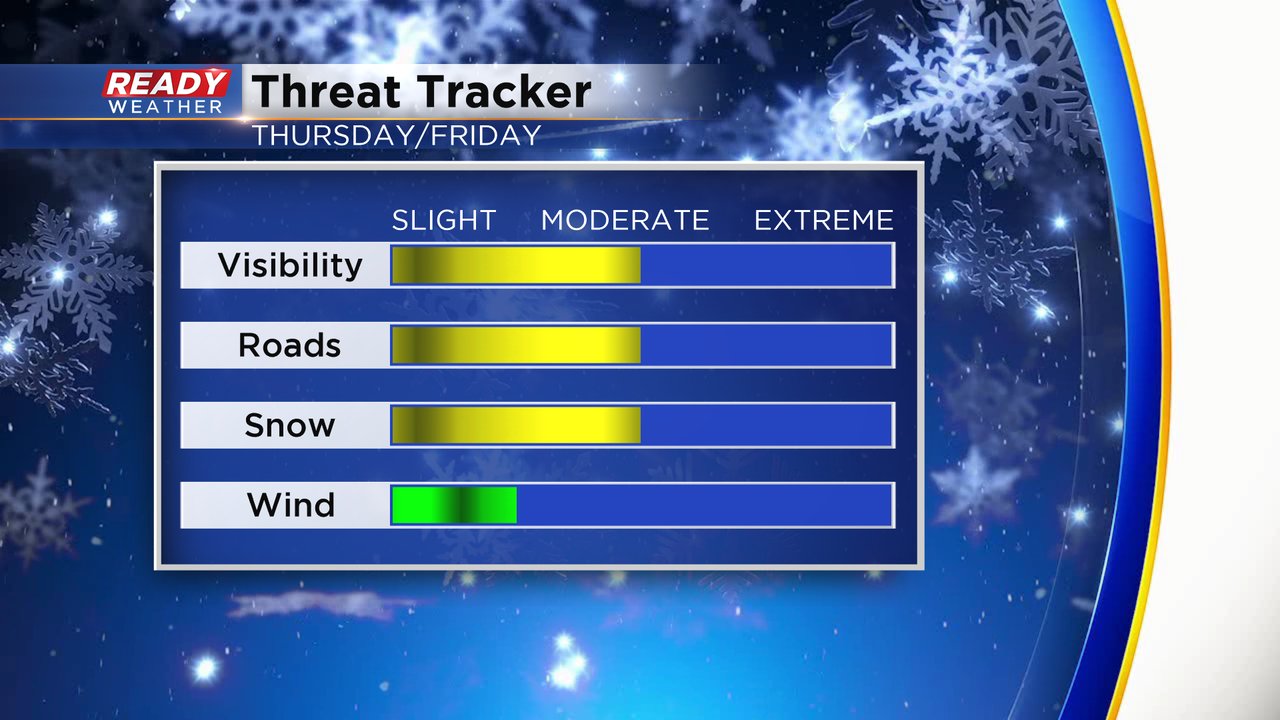 This will be a slow moving storm but there's not a ton of moisture to go with it. Because of that overall snow accumulations will stay light but you may have to shovel multiple times. An couple inches of snow will be possible from Thursday afternoon through Friday morning then another half to full inch of snow with light showers during the day Friday and a dusting is possible Saturday morning with some lingering flurries. When the storm is finally finished most are looking at 1-3" of snow with lower totals near the lake and south and higher totals to the west and north. 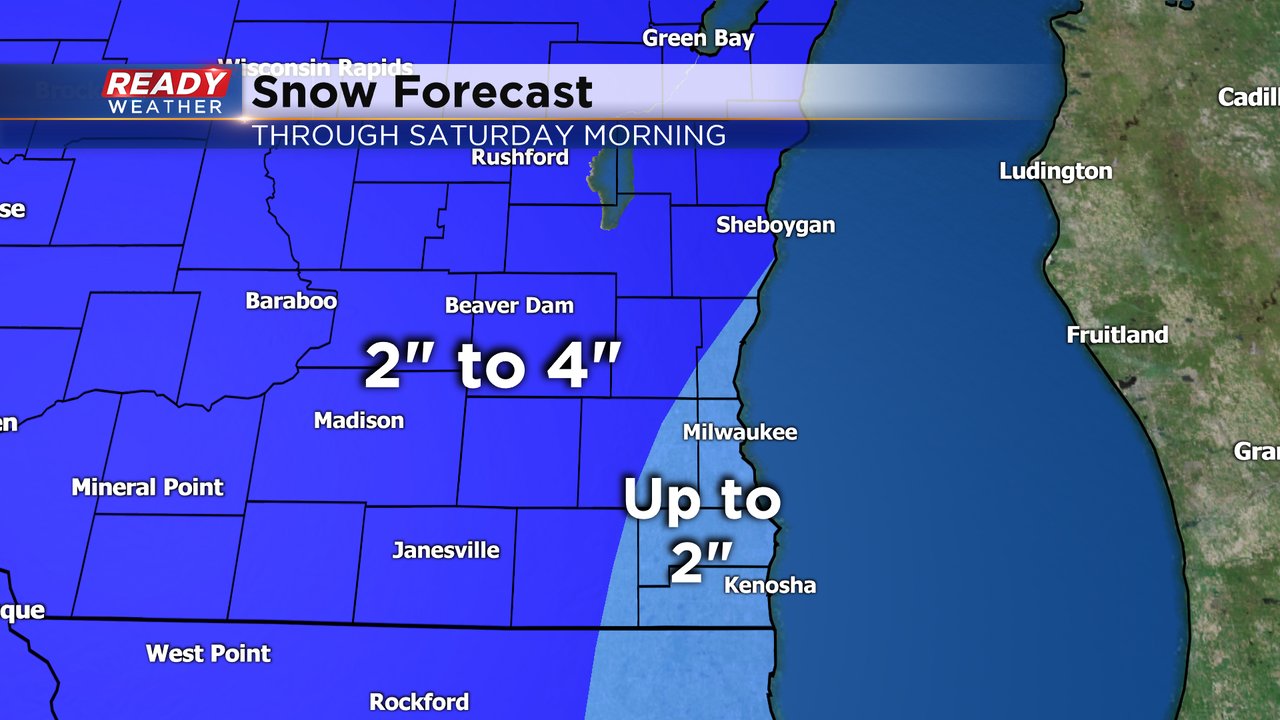 Download the CBS 58 Ready Weather app to track the storm with the interactive radar.