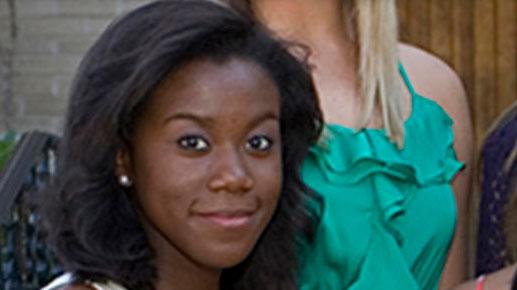 (CBS NEWS) In her farewell letter as she was leaving to join the Islamic State of Iraq and Syria (ISIS), Jaelyn Young told her family she was guilty.

"I found the contacts, made arrangements, planned the departure," prosecutors say she wrote last August. "I am guilty of what you soon will find out."

Tuesday, she admitted the same to a federal judge in Aberdeen, Mississippi, pleading guilty to one count of conspiring to provide material support to a terrorist organization.

U.S. District Judge Sharion Aycock will sentence the 20-year-old Young at a later date. The former Mississippi State University student faces up to 20 years in prison, $250,000 in fines and lifetime probation.

The daughter of a school administrator and a police officer who served in the Navy reserve, Young is a former honor student, cheerleader and homecoming maid at Vicksburg's Warren Central High School.

Prosecutors have said Young converted to Islam while studying chemistry at Mississippi State University, led toward ISIS in part by online videos. Like Young herself, prosecutors have said she's the one who prodded Dakhlalla into the plan to join the terrorists.

The couple was arrested Aug. 8 before boarding a flight from Columbus, Mississippi, with tickets for Istanbul purchased using her mother's credit card without her mother's permission. Authorities say the couple contacted undercover federal agents in May, seeking online help in traveling to Syria. Both are jailed in Oxford.

CBS affiliate WJTV reported at the time of her arrest that Young had concocted a plot that involved the couple getting married and pretending to go on a honeymoon to get to Syria.

Court papers say Young announced her conversion in March 2015 and began wearing a burqa, a garment worn by some Muslim women to cover their face and body.

"After her conversion, Young distanced herself from family and friends and felt spending time with non-Muslims would be a bad influence," prosecutors wrote earlier this month.

The statement said Young increasingly complained about the treatment of Muslims in the United States and United Kingdom. Prosecutors said that, after watching pro-ISIS videos, she began to view the fighters as liberators. They said Young approvingly cited a video of a man accused of being gay being thrown off a roof to his death by militants and also expressed approval of the shooting of five members of the military in Chattanooga, Tennessee.

"Young continually asked Dakhlalla when they were going to join (ISIS) and began to express hatred for the U.S. government and to express support for the implementation of Sharia law in the United States," prosecutors wrote.

By May, she had begun seeking advice online on how to travel to Syria, eventually making contact with undercover FBI employees. Earlier charges state that her Twitter page said the only thing keeping her from traveling to Syria was her need to earn money. "I just want to be there," she is quoted as saying.

Young specified her skills with math and chemistry and said she and Dakhlalla would like to be medics treating the wounded.

At one time, Young said she planned to camouflage her journey as a honeymoon, but later disregarded the plan.

The FBI said Dakhlalla and Young both expressed impatience with how long it was taking for them to be issued passports, and the charges say Dakhlalla paid $340 to expedite passport processing on July 1.

"Do not alert the authorities," Young wrote in the farewell letter to her family, little knowing the FBI knew about her plan. "I will contact you soon. I am safe. Don't look for me because you won't be able to retrieve me if you tried. I am leaving to become a medic."