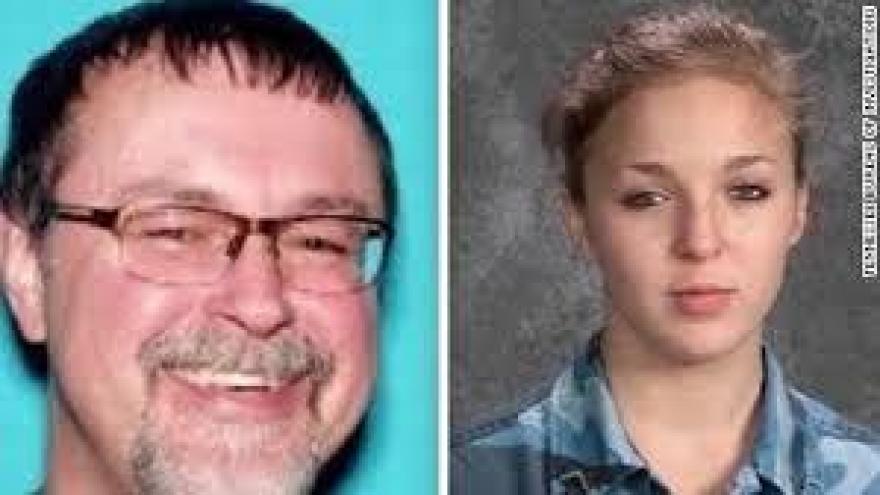 But before Cummins disappeared and was charged with kidnapping his student Elizabeth Thomas last week, he convinced her that he had a swanky, stealthy past as a CIA and FBI agent who was flush with cash, her father said.

"He convinced her that he had been a secret agent and ... that he had all kinds of money," Anthony Thomas told HLN. "It was clear that he had really put a lot of notions into her head."

Cummins, the 50-year-old Culleoka high school teacher who is accused of abducting the 15-year-old girl weeks after another student reported seeing them kissing, was no agent, and he has limited access to cash, authorities say.

His alleged statements are among mounting indications that Cummins groomed the freshman during her time as a student in his forensics class, Tennessee Bureau of Investigation spokesman Josh DeVine said.

"The totality of the picture right now has us more concerned about Elizabeth than we really have been since the start of it," DeVine told HLN on Tuesday night.

Elizabeth has been missing since March 13, after a friend dropped her off at a restaurant in Columbia, a city near Culleoka and about 40 miles southwest of Nashville.

Police say Cummins, who had been suspended from his job because of the alleged January kissing incident, was captured on surveillance footage that day pumping gas nearby. They believe he picked up Elizabeth; by that afternoon, investigators determined the teen may have been about 80 miles to the south, in Decatur, Alabama, the TBI says.

After that, police say, the trail went cold.

Cummins is charged with aggravated kidnapping and sexual misconduct with a minor and has been placed on Tennessee's most-wanted list. Elizabeth's family reported her missing on March 13, and authorities issued an Amber Alert a day later after investigators discovered that Cummins, too, was missing.

Timeline: From kissing allegation to manhunt

Cummins already was the subject of a sheriff's department probe over the classroom kissing allegation, but investigators and Elizabeth's family say that since the disappearance, they've discovered other, troubling indications that the teacher may have been planning a departure with the girl:

• On March 5, Cummins did "online research on the topic of teen marriage," the TBI says. DeVine declined to elaborate.

"We don't want to go into specifics because he might still be using some of that (information) ... but suffice it to say that is an issue that we have some major concerns of because it might potentially speak to his intentions for her," DeVine said.

• On March 10, Cummins searched the Internet for information on whether certain features of his vehicle, a Nissan Rogue, could be tracked by law enforcement, the TBI says.

• A status line on the girl's Instagram account was updated recently to refer to her as "wife," her family says. In full, the line says: "Elizabeth Thomas CHS | class of 2019. Wife."

Anthony Thomas told HLN the account is Elizabeth's. The TBI has not confirmed that the account is hers, but "there are some troubling things out there in social media that really speak to the nature of this relationship that has us really concerned for her well-being right now," DeVine said.

• Elizabeth's brother, James Thomas, told HLN she told one of their siblings she was going somewhere on March 13, but that someone should call police if she hadn't returned by 6 p.m.

Investigators are trying to authenticate that alleged statement, DeVine said.

The teen's disappearance came after a chain of events that began January 23, when a Culleoka high school student allegedly saw Cummins giving Elizabeth "a peck on the lips" in a classroom, according to an internal school investigation report provided to CNN by Jason Whatley, an attorney for the girl's father.

The school began investigating January 25. Elizabeth and Cummins made statements denying they had kissed, the report says.

Cummins called Elizabeth "a really good friend" and said she came to see him when she needed someone to calm her down. Elizabeth said she looked to Cummins as a counselor.

The report concluded the allegation the two had kissed could not be confirmed but recommended Elizabeth be taken out of Cummins' class. The district gave Cummins a reprimand on January 31 and told him not to allow the girl in his classroom, the reprimand reads.

Elizabeth's father, Anthony Thomas, says he didn't know of the kissing allegation until January 31, when a sheriff's detective informed him that his department was investigating. Thomas hired Whatley to find out more.

On February 3, the district received information that Elizabeth was again in Cummins' classroom despite the prohibition. Cummins was suspended without pay on February 6, documents that Whatley gave to CNN show.

'She told me nothing was going on'

Anthony Thomas says that when he confronted his daughter about the allegation, "she told me nothing was going on."

"(She said) that Tad was just her teacher and she was sort of a friend of his ... that this girl who had made the complaints had lied," Thomas told HLN on Tuesday.

"She still adamantly maintained that she had nothing to do with him, other than just a teacher and sort of a mentor. I said, 'Well, that's not what I'm seeing, and you're not allowed to talk to this individual.'

"Well, then, you know, when she disappears, (Cummins is) one of the names that comes to mind," he said.

Police said they believe Cummins has two handguns and that he's driving a silver 2015 Nissan Rogue.

Cummins took out a $4,500 loan days before he disappeared, police said.

Cummins was fired on March 14, the day after his disappearance, for unprofessional conduct and insubordination, according to his personnel files, which were published by CNN affiliate WZTV.