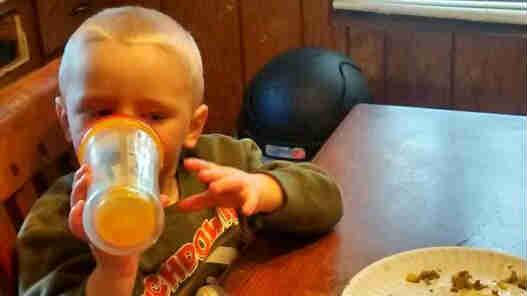 After several hours of searching,  a two-year-old who went missing Friday in the town of Genesee was found.

The Waukesha Sheriff's office says that the child was located near a quarry.

At last report the child was being checked out at the hospital.

It's believed Jackson Hill, 2, wandered away from his home in the Town Of Genesee shortly after 4 p.m.

A dozen Waukesha County Deputies along with four different fire departments committed crews to search the rugged, swampy terrain for the little boy.

An EMT Firefighter located the boy about a quarter mile from his home.

\"He was cold,\" said Jim Moon of the Wales/Genesee Fire Department. \"His boots were off.  Initially we found his boots in a field and then he was found near his boots.\"