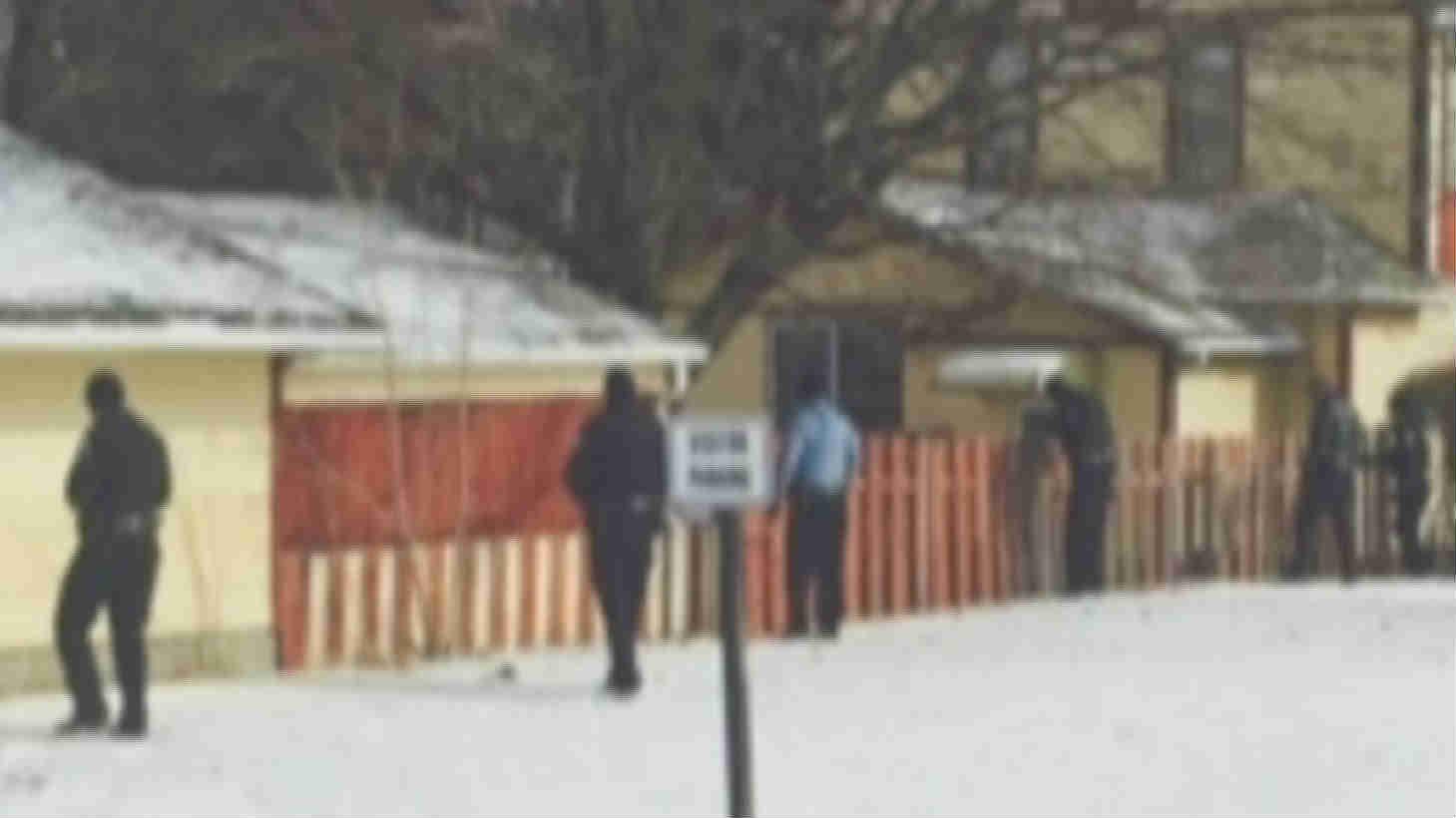 (CNN) A Minneapolis police officer was shot Saturday morning, and Police Chief Janee Harteau said \"there is little doubt that an officer was the intended target.\"

The wounded officer was one of two who had just finished responding to a reported burglary when he was shot just before 5 a.m. (6 a.m. ET), Minneapolis police said in a statement. His partner promptly drove him to North Memorial Medical Center.

Assistant Police Chief Matt Clark told reporters Saturday afternoon that the officer, who was standing outside his car, was \"doing well and is in fair condition.\"

A man was arrested in connection with the burglary and a reported domestic assault, Clark said. Police took 43-year-old Andrew Neal, who is suspected of violating his probation, into custody.

Detectives are investigating whether there is a link between the domestic violence report, the burglary and the shooting, the assistant chief said.

A woman who reported the alleged assault was cooperating with authorities. \"She gave us a lot of information (about the incident and the burglary),\" he said.

Police believe the wounded officer wasn't targeted personally, but was shot simply because he is a police officer, police spokesman Scott Seroka added.

According to Harteau, he \"just happened to be the one who was there.\"

\"This is a reminder to all that every one of our officers face such danger simply because they choose to wear a uniform,\" Harteau said. \"They deserve our support and gratitude.\"

The officer who was shot is well-respected by co-workers and does an excellent job, Clark said.