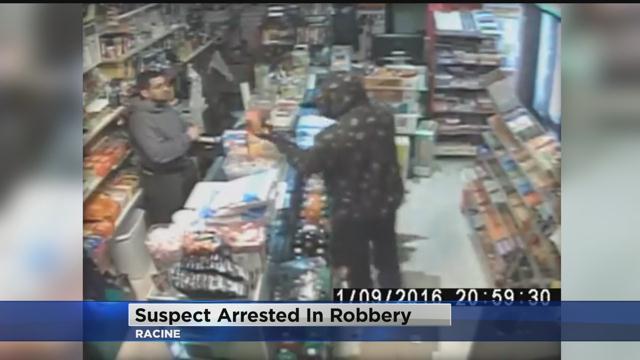 The man who police said held up a beloved candy store in Racine last weekend has been arrested.

Nickendrick Jackson was being charged with armed robbery for stealing from the Your Mini Sweet Spot on Saturday.

The store released surveillance video that shows a person with a gun holding up a clerk inside the store.

Jackson allegedly pointed a long-barreled silver pistol at the owner of the store.

The suspect was seen attempting to enter a maroon PT Cruiser by approaching the driver’s side.

The owner of the vehicle said Jackson was a friend and was driving with Jackson the day of the crime.

She said he asked her to drive around the block and park in the area of Harbridge and Linden. He said he lived in the area and would be right back.

Shortly later a masked man approached her driver’s side door with a firearm. She saw a “white man” chasing the masked man.

She feared she was being robbed and drove off.

She later realized the masked man was wearing the same clothes as Jackson.

Jackson faces up to 40 years in prison.