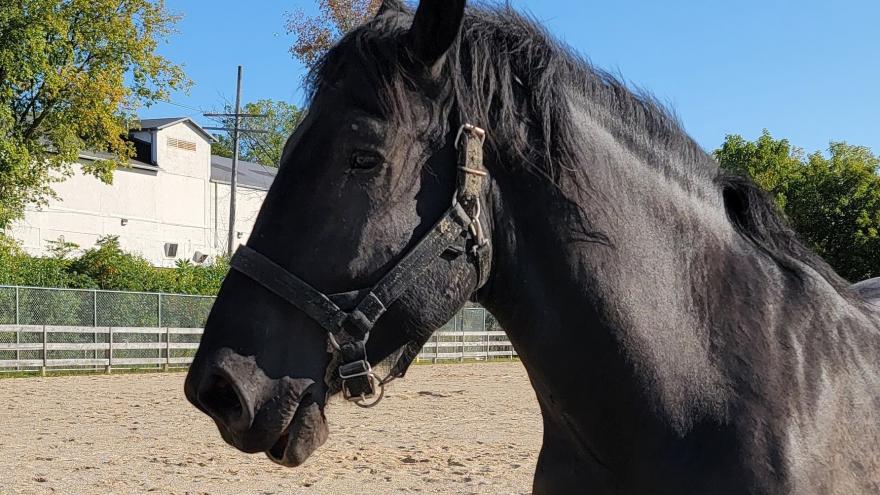 Dominic, a 4-year-old full Percheron, is a gift to the patrol unit from the children and grandchildren of Patrolman Dominic J Ozzello, who served with the Milwaukee Police Department.

Standing 17 hands high and weighing 1,900 lbs., Dominic comes from an area in the Upper Peninsula. According to the MPD Mounted Patrol Foundation, Dominic's namesake -- Patrolman Ozzello -- also hailed from the UP, before moving to Milwaukee in the 1920s.

Dominic will spend the next several months training before joining the ten other horses serving on MPD's Mounted Patrol Unit.