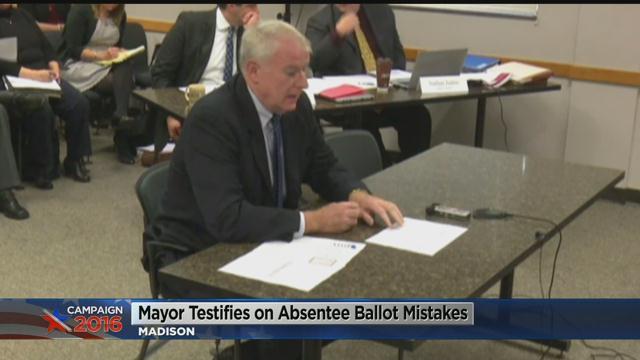 The mayor talked about the hundreds of absentee ballots the city has received that could be thrown out because of an error.

Barrett actually brought three ballots with him as an example.

The mayor wants the commission to direct clerks to do whatever they can to fix the issue and make sure everyone's vote counts.

"In the administrative rules that deal with nomination signatures, the presumption is always let's do what we can to make sure that the nomination paper signature is valid. It strikes me as very, very odd that we would take the exact opposite approach when it comes to the constitutional right to vote and use a very rigid standard and make it more difficult for individuals in Wisconsin to vote,” said Barrett.

Some the ballots in question have missing witness address information.

A new state law says that's grounds to have the ballots thrown out.