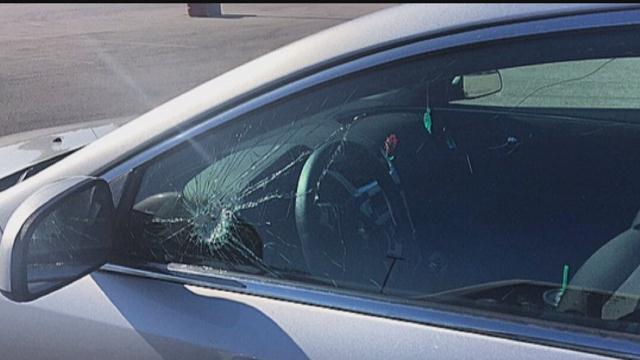 Another batch of car break-ins in Milwaukee’s Historic Third Ward has the community concerned.

CBS 58 first told you about break-ins in the area at the beginning of June. Now we’ve uncovered more.

These new incidents happened just days before Summerfest started and serve as a warning for anyone parking in the Third Ward right now.

“I definitely didn’t expect it to happen in this area,” Laura Becker said.

Becker works right across the street from one of the Summerfest lots and parked there overnight two weeks ago. That’s when her car became a target. Someone smashed her driver’s side window.

“I’m kind of nervous it will happen to other people,” she said.

It did happen to other people. Becker’s car was one of three cars broken into at the Summerfest lot near Erie Street.

“It's always frustrating when people are inconvenienced and have something stolen from them and that's why we take this so seriously and we do beef up patrols during Summerfest,” Bill Wesley, Director of Security at Summerfest, said.

Some people who were parked at the Italian Community Center, just down the road from where Becker parked, got hit too.

ICC Business Manager Laurie Bisesi told CBS 58 their parking lot had break-ins two nights in a row one week. Seven cars were broken into the first night. The next night there were two.

"It's just an uncomfortable feeling that... is it going to happen again," Kari Stowe said. Stowe also had her car broken into in the Third Ward in the last few weeks.

In some instances, the victims looked around their cars and realized nothing was actually stolen, but that's not the case for everyone. In fact, one victim told CBS 58’s Jessica Tighe the thieves took a pistol from his car. The criminals got into the garage of an apartment building across the street from the ICC.

"They're getting bolder,” Stowe said while talking about the people committing these break-ins.

“I’ve had a couple of friends who had break-ins in their own garages," she warned.

The Milwaukee Police Department has now increased patrols in the Third Ward.

“We are working to prevent future incidents,” Sergeant Timothy Gauerke with the Milwaukee Police Department said.

Investigators have made several arrests for the car break-ins, but they’re still looking for more suspects.

“Both adults and juveniles have been arrested,” Gauerke confirmed.

MPD is now following up on leads and analyzing evidence in the hopes of making more arrests.

Summerfest has surveillance cameras too and there’s a comprehensive security plan during festival hours.

"We have bike patrols for Summerfest security. We also have some foot patrols. I know MPD has a horse contingency down here and a bunch of officers on bicycles so there's quite a bit of police and motorcycles as well,” Wesley explained.

Milwaukee police also want to remind the public to put valuable items in a trunk or leave them at home.