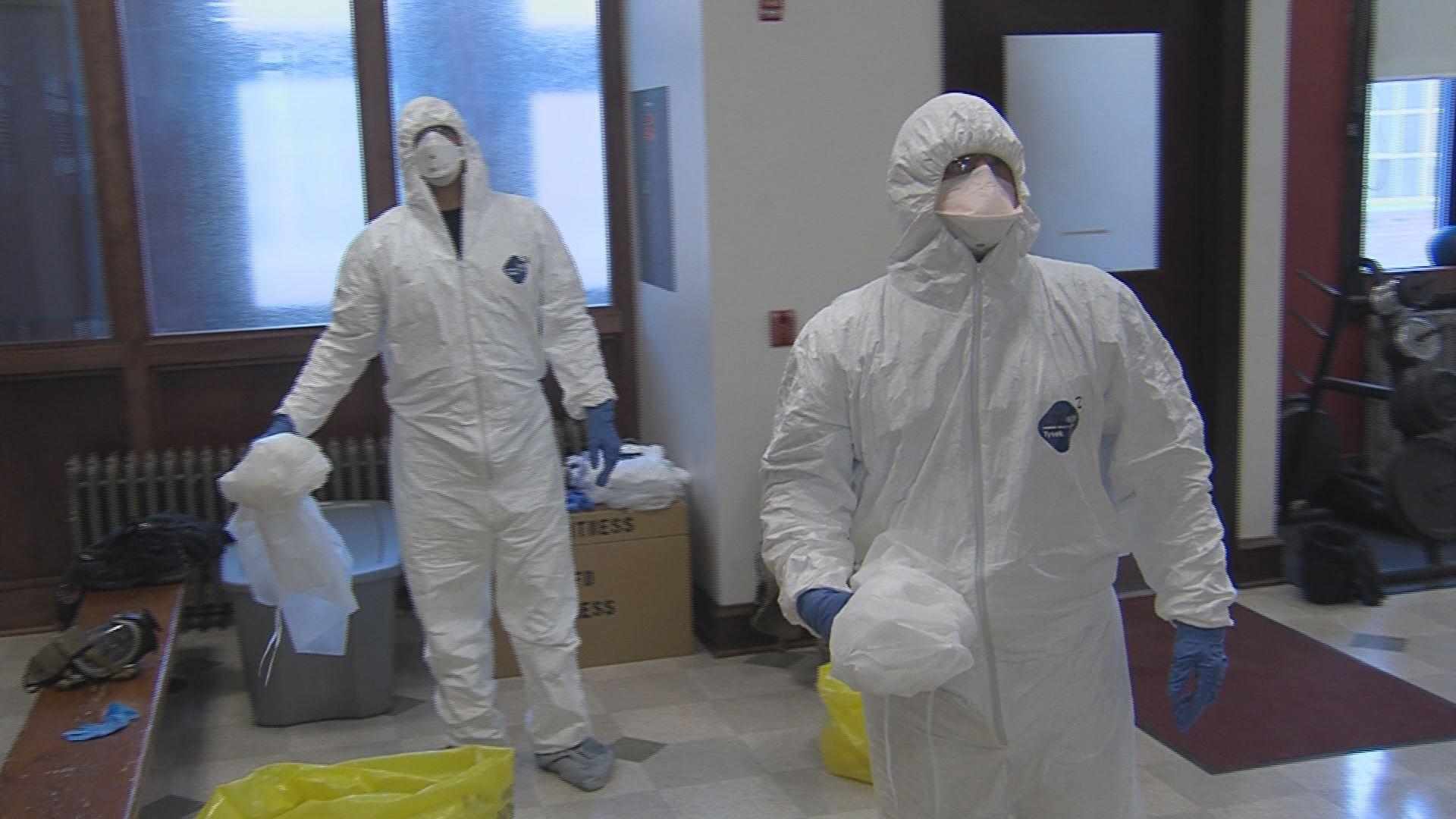 Milwaukee's Fire Department is preparing its staff this week on proper Ebola response.

Like a scene out of a Hollywood film, with Ebola as the plot. Except this time, the actors are Milwaukee Firefighters and the props are biohazard suits.

Michael Ball, Milwaukee Firefighter with Engine 13 says, \"It does seem surreal even more so if we were on a scene.\"

This week the department is learning how to use Ebola proof gloves, masks, gowns, sleeves, booties, and bleach wash.

It costs 7-8 thousand dollars to buy the gear for the department, or 80 dollars a kit.

Lt. Linda Mattrisch, EMS Division says, \"When we first started our conversation about Ebola we started early on which was a good thing because a lot of the equipment is now hard to get.\"

The fire department says the price is reasonable and worth it. Our area already had two scares, one at a Kenosha jail, and a family who returned sick from Africa. Both were false alarms. This first responder was on that call and says the training boosts his confidence.

Ebola may only 'break out' on Hollywood's big screen, but crews say they'd rather have a 'dress rehearsal' than come up short for the real response.