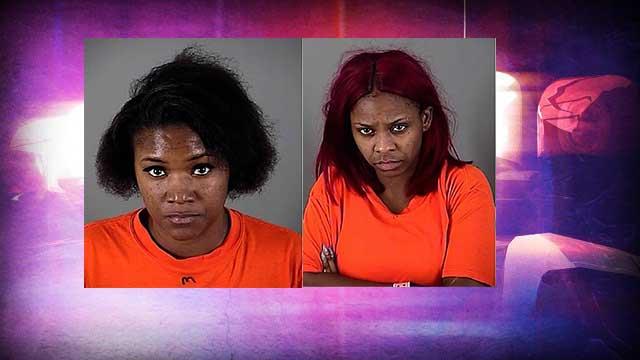 Two Milwaukee women allegedly drove a stolen vehicle to a Kohl’s in Delafield to steal merchandise.

Audrionna Love was charged with attempting to flee an officer and felony retail theft.

Roxie Thomas was charged with felony retail theft and obstructing an officer.

According to the criminal complaint, Kohl’s told Delafield Police the two women had previously stashed two full bags in the athletic department.

On Monday, the two put a large amount of merchandise in two mesh bags and pulled their vehicle up to the east doors with the hazard lights on.

The suspects had taken $4,667.20 worth of merchandise on Monday.

When police ran the license plate number it came back as stolen.

Police arrived after the women had just gotten into the vehicle.

The officer activated his emergency lights behind the vehicle.

Before the officer could exit the vehicle, Love fled out the west entrance of the parking lot.

The suspect’s vehicle nearly went head on with a squad car.

The vehicle was pursued to the area of Hwy 83 and Hwy KE. It was passing other vehicles in a no passing zone.

According to the criminal complaint, the vehicle continued to pass vehicles at a high rate of speed  until police terminated pursuit.

The vehicle went into a ditch and the suspects began fleeing on foot.

Officers advised Love she would be tasered if she did not comply, and Love then went to the ground.