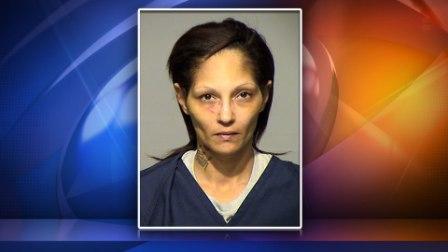 A Milwaukee woman has been charged with homicide by negligent handling of a dangerous weapon after a domestic incident ended in a stabbing death. Police say 38-year-old Temika Marker admitted to killing 41-year old Wyland Thompson. According to a criminal complaint, the fight began over a cell phone.

Police say they were called to a home near 84th and Fairmount for a cutting on the morning of October 17th. At the home they found Thompson bleeding from a stab wound to the chest. The Milwaukee Fire Department was already on scene, but Thompson did not survive. Temika Marker was also at the house and after being interviewed by police admitted to stabbing Thompson in the chest.

Marker told investigators her side of the story. She said Thompson had left that morning to bring a child to school, but when he returned he was enraged over a missing cell phone. Marker says Thompson accused her of stealing it. At that point Marker says things got violent. Thompson reportedly hit and pushed Marker, prompting her to run and grab a large knife from the kitchen. Marker says more fighting ensued, and Thompson was able to wrestle the knife away from her. She says she then grabbed a second knife and stabbed Thompson in the chest.