Milwaukee woman charged in fatal hit-and-run of bicyclist; warrant issued for her arrest 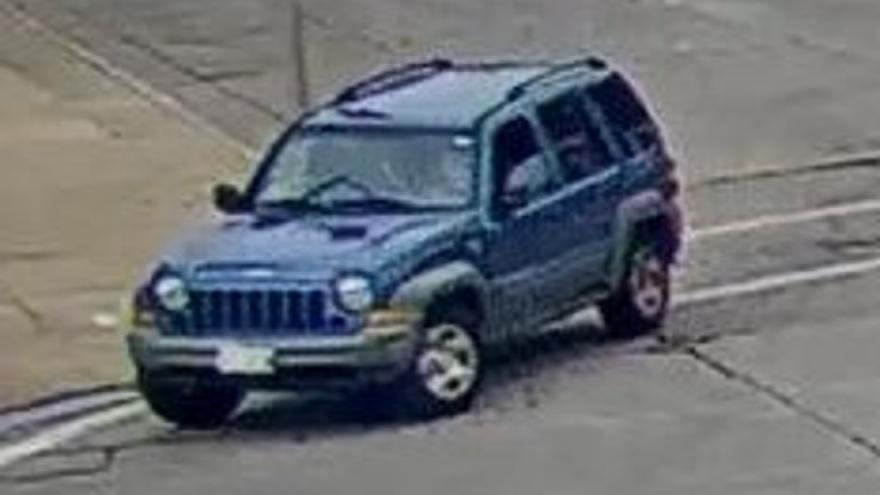 MILWAUKEE (CBS 58) -- A 31-year-old woman has been charged in connection to a fatal hit-and-run that happened near 20th and Grant in Milwaukee. An arrest warrant has been issued to find Amber Corrao.

Officials shared photos of the vehicle believed to be involved, a 2002-2007 blue Jeep Liberty SUV.

See Also Milwaukee police: Bicyclist killed in hit-and-run near 20th and Grant
According to a criminal complaint, the suspected Jeep involved was located in Marinette County on March 30. Officers observed the Jeep to have damage to the front driver's side corner and bumper, as well as blue paint on the bumper that was the same color as Santiago's bicycle.

Authorities spoke with Amber Corrao, who claimed the damage to the Jeep was from a previous accident. A few minutes later, officials say Corrao admitted she had been driving the Jeep, hit something, and kept going. She allegedly claimed she didn't know what had occurred until she saw it on the news.

A few minutes later, in response to further questioning, Corrao allegedly claimed her boyfriend was driving during the incident and gave a detailed story about being in the car with him and the various locations they went that day.

The complaint says investigators looked further into surveillance video and it showed the driver of the Jeep at the time of the crash had long hair. Though Corrao's boyfriend has long hair, he also had a full beard of some length when he was arrested. Officials say the surveillance video shows the driver had no apparent facial hair and Corrao's boyfriend could not have grown that long of a beard since the time of the crash.

The criminal complaint says multiple investigators were shown frames from the surveillance video and each stated they believed Corrao was driving the Jeep at the time of the crash.

Corrao is not in custody at this time. Anyone with information on her whereabouts should contact Milwaukee police.