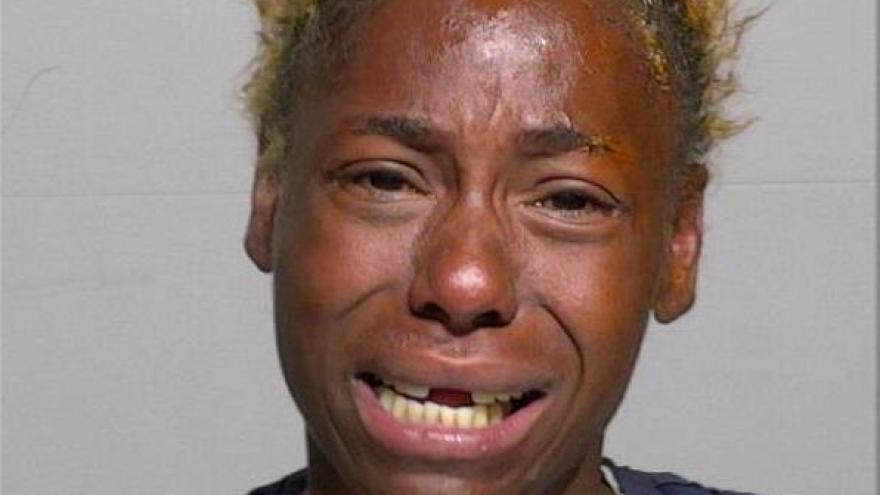 According to a criminal complaint, police responded to a reported strong arm robbery near 29th and Lisbon in Milwaukee on July 9,

The victim, an employee of Milwaukee County Transit System, told officers that he had just left MCTS and was driving a work truck with his driver's side window down, smoking a cigarette. He said he saw a woman, later identified as 29-year-old Darnika Burch, laying in the middle of a grassy median. As he approached the intersection, the woman reportedly jumped up and ran directly in front of his truck, causing him to slam on the brakes.

The victim told officers that Burch grabbed his arm and said "give me that cigarette," while trying to take it from his mouth. She then reportedly threw a closed fist towards the man's head. He said he held his hand up to block it and was injured. Officers noted a two inch cut on the man's finger which ultimately required eight stitches.

According to the complaint, Burch was handcuffed and placed in the back of a squad car, but she able to twist her body and get her handcuffs in front of her. After numerous attempts to re-cuff her hands behind her back, police tried to remove her from the vehicle and lay her on the ground. Burch reportedly continued to twist and jerk her body. While doing this, police say she grabbed a hold of an officer's left pinky finger and squeezed it so hard that the top bone broke. The complaint notes that the officer will need surgery as a result of this injury.

Burch was lifted and placed back inside the squad. As she was lifted, she kicked at the officer, missing him, and instead kicking the driver's side door, which struck another officer's hand.

Burch was taken to the Criminal Justice Facility in Milwaukee and was released from handcuffs in order to get medical vitals. According to the complaint, she tried to run into the bathroom, but was stopped by an officer who she started to claw and scratch at, leaving puncture marks on his arms.

Burch is charged with attempted robbery with use of force, resisting an officer - causing bodily harm to officer, and battery to a law enforcement officer, according to court documents.

Records show that Burch is a repeat offender, convicted of three battery charges in the past.