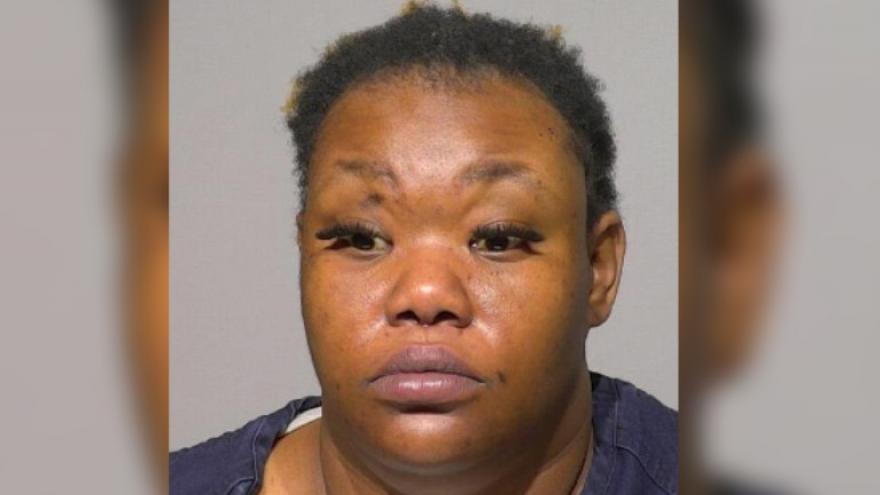 BROWN DEER, Wis. (CBS 58) -- A 34-year-old Milwaukee woman has been charged in connection to a bank robbery and pursuit in Brown Deer.

According to a criminal complaint, Thursday, March 4, police responded to Tri City National Bank inside Pick 'n Save on Green Bay Road around 6:55 p.m. for a reported hold up.

Officials say the robbery suspect presented a note to the teller demanding money. The note read:

The suspect fled the bank with nearly $3,000. However, a GPS tracking device was concealed in the money and police were able to track the suspect.

According to a criminal complaint, the GPS tracked the bank robbery suspect traveling southbound on I-43 from Brown Deer Road. Near 12th and Fiebrantz, the GPS tracker pinged and police observed a red sedan with no registration plates. Officers attempted to stop the vehicle but the driver sped away.

The complaint says the fleeing driver at one point was going over 90 mph and blew through several stop lights and stop signs.

At 60th and Villard, officials say the fleeing driver crashed into two cars before driving into a driveway and backyard of a home. The vehicle finally struck a snowbank and stopped.

The driver was arrested and identified as 34-year-old Tierra Johnson. Inside the vehicle, police recovered a large bundle of cash bound with Tri-City National Bank bands.

Investigators say the cash bore the same serial numbers of the money which had been taken from the bank itself during the
robbery.

Tierra Johnson was charged with robbery of a financial institution and fleeing or eluding an officer.