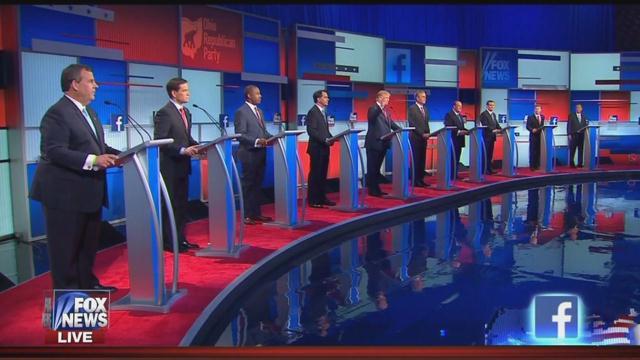 Wisconsin will figure prominently in the primary with the Republicans announcing new details about an upcoming GOP debate in Milwaukee.

The Republican party of Wisconsin says they won't be releasing any more information until they have event details solidified. What we do know is that it's happening here at the Milwaukee Theater and it's already got people here in Milwaukee talking.

"I think it's really significant that they chose Milwaukee because the city is very Democratic; because to win the presidency you have to win Wisconsin and the fact that republicans haven't won WI in 25 years means they have to do well in places they usually don't," said Mordecai Lee, political expert.

Lee says while many see the GOP's choice of Milwaukee as surprising he thinks it's their way of sowing a seed to win next November.

"We'll see that this debate is an attempt to translate core Republican ideology into the relatively apolitical Milwaukeean who hasn't decided which party they prefer," said Lee.

Saying he believes the candidates will take a page from the past and try to emulate Ronald Reagan's style.

"They'll be speaking about lunch pail issues; bread and butter issues that a middle class or working class family cares about," said Lee.

Issues important here in milwaukee-that translate around the country.

Lee says. with such a big venue thousands will attend, so it will be important these candidates connect with them.

"I suspect Milwaukee would benefit if it was smaller crowd of candidates so we could hear more than just the sound bite. We want to hear what goes after the sound bite," said Lee.

"Republicans can't talk about the same old because it hasn't worked in Wisconsin for them. They have to find a way to talk to working and middle class families who usually vote Democratic," said Lee.