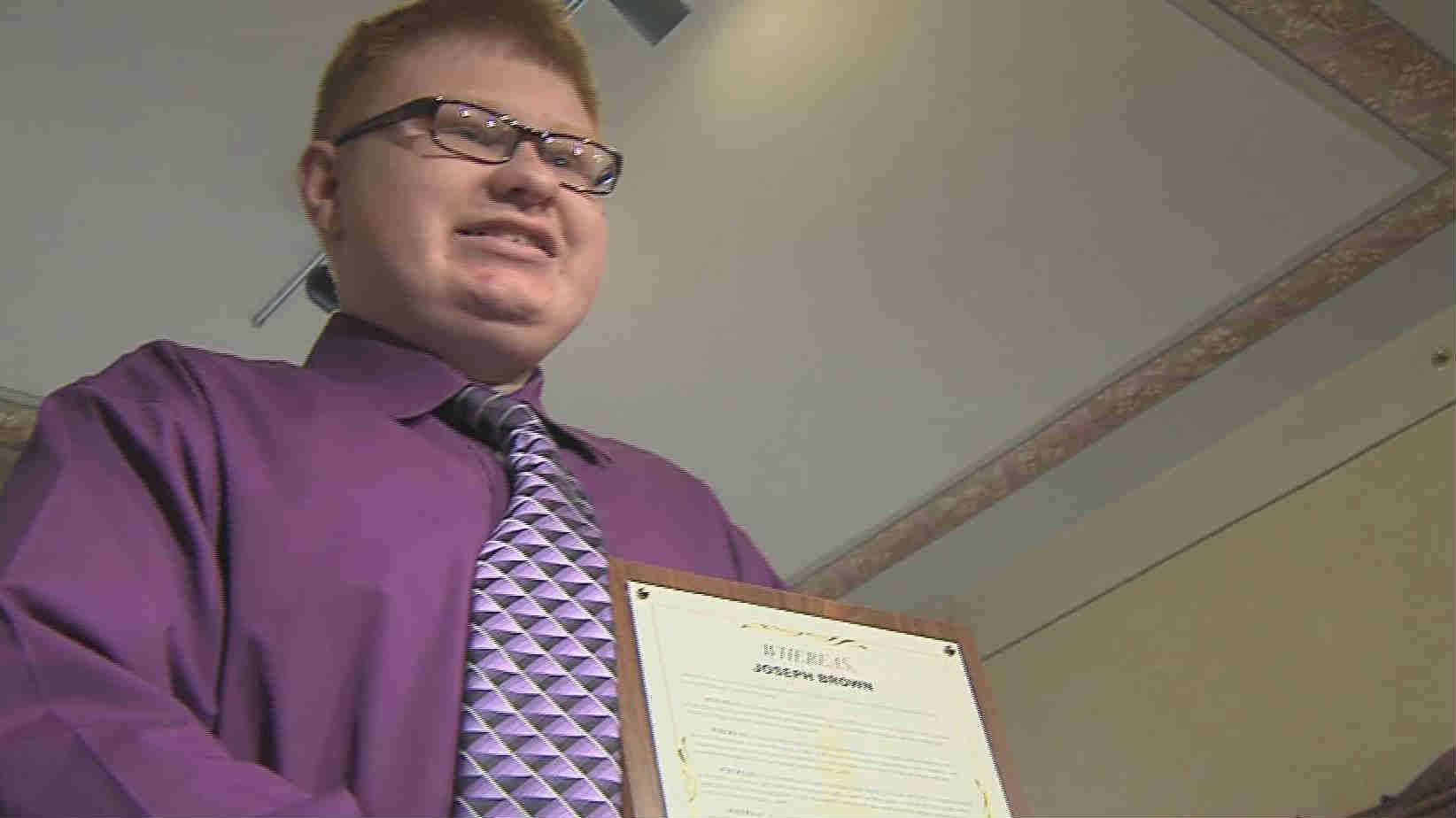 He ran towards danger and he doesn't wear a badge or a firefighter's hat. He's a 15 year old from Milwaukee who's now being called a hero.

Back in September, Joseph Brown chased down a car that struck an eight year old child at a Milwaukee bus stop.

Joseph was honored by the Milwaukee Common Council Wednesday, credited with saving the life of the child who was being dragged by the car.

He's also changed the way the world looks at people like him who have autism.

\"I have autism and nobody really talks to me,\" Joseph told CBS 58 News. \"But my only friend I've had in high school actually cares about me and said he was proud of me and that meant a lot to me.\"

People who were on the scene the day Joseph took action tell a harrowing story.

They say he pounded on the windows and pulled open one of the doors to alert the driver that the 8 year old was badly hurt.

\"My job was to save him and that's what I was thinking,\" Joseph explained. \"To be a good neighbor and to make sure to help and save him the way anybody should be able to do.\"