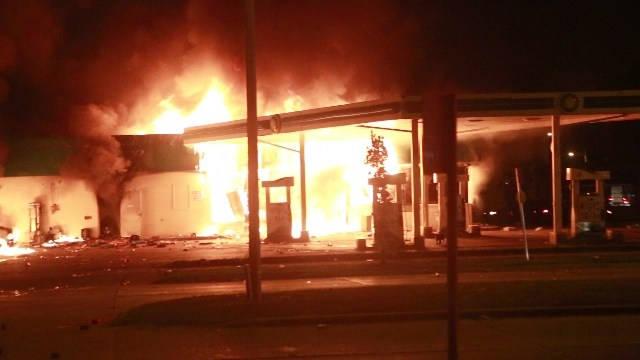 A 19-year-old Milwaukee man is facing charges of Felony Arson, after police say he lit a stranger's van on fire on August 14th.

According to a criminal complaint, Dale Folley was with a group of people in a Pick 'N Save parking lot off 19th and National, when one of the individuals broke out the drivers side window on a Ford E150 van. The complaint claims Folley lit a napkin on fire, and threw it into the van, which began "burning intensely." Folley then took a picture of the van on fire with his cell phone, before fleeing the scene, per the complaint.

The complaint says Folley was inspired by violence happening at the same time on the city's north-side.

"We wanted to do the same thing here that they did in Sherman Park," said Folley in a police interview.

Police say Folley was arrested near 11th and Pierce a short time later.

Saturday morning, he made his way through intake court, where bond was set at $2500. He's due back in court on August 29th.