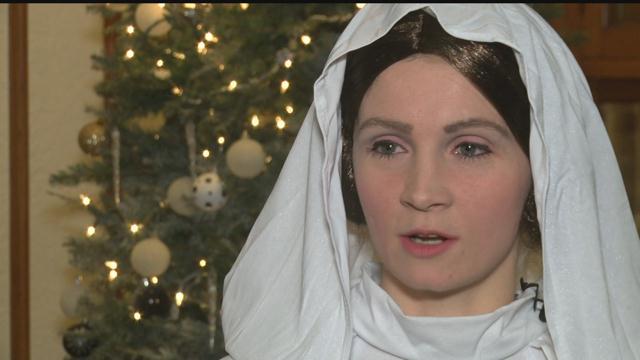 Star Wars fans from around the world are now mourning the death of Carrie Fisher who portrayed Princess Leia in the series.

Star Wars, in general, helped push comic convention culture into the mainstream and for women - Fisher's Leia gave them a positive role model as well as a number of 'looks' or costumes that are still meaningful and popular in the cosplay community.

Leeann Garcia - known as Athena Pleester in the world of cosplay - lives in Milwaukee. She has dressed as Princess Leia a number of times over the past two years.

"It's really sad what happened today and make a lot of people really sad," Garcia said.

"A lot of people wanna dress up as Princess Leia or cosplay as Princess Leia because she's just a really iconic person. And she has so many different outfits that people can, you know, do. And they just love to be a part of that," Garcia said.

She always gets a warm welcome at conventions she goes to but she's rarely the only one wearing the costume. To separate herself she mixes is up with more than 20 other costumes but she always circles back to Leia, idolizing the character...

"Everybody wants to be her because she's a strong woman and she just never goes out of style," Garcia said.

...while at the same time idolizing Carrie Fisher.

"She just always was able to speak her mind and she didn't mind what people thought about her. She just bypassed everybody else. Like, I don't care what you think. I'm going to do me and I'm going to continue being strong and being who I want to be," Garcia said.

Garcia expects to see a lot more tributes to Carrie Fisher from fellow cosplayers over the next year. She already has plans to buy a new wig.