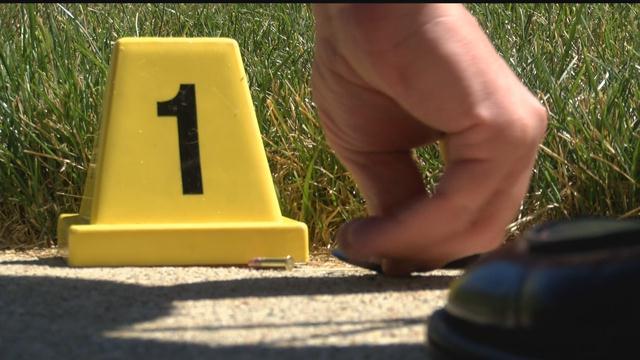 31-year-old Brandon Baranowski will be getting surgery on his gunshot wounds in the next day or two, Mayor Tom Barrett said during a Sunday afternoon press conference.

Ofc. Baranowski has been with the Milwaukee Police Department for 13 years and first started working as a police aid at age 18, Assistant Chief William Jessup said.

"He was saved by his vest basically. He was shot more than once and sustained some injuries that require surgery but he was also shot in his vest at least one or two times and that saved his life," Asst. Chief Jessup said.

2 a.m. is the official time of the 'ambush' shooting of Baranowski, Jessup said.

"The individual who allegedly shot him who appears to have taken his own life clearly had a gun, clearly was intending to injure if not kill the police officer," Mayor Barrett said.

"I want everybody to remember what happened. That this was a man going to work and he was shot," Mayor Barrett said.

Protocol for squad cars is changing, Barrett said. Baranowski was alone in his vehicle during the Sunday morning shooting.

"We are going to make sure that we have the two persons together as we move forward," Barrett said.

Alderman Bob Donovan is taking is taken a harder stance following the shooting calling it an example of the "War on Cops".

He questioned if Barrett would make the squad car protocol permanent.

"We need to be vigilant. I am hopeful that we can take the appropriate steps necessary. Steps that quite frankly some of us have been calling for for years," Ald. Donovan said.

Donovan also said that Ofc. Baranowski is a married father of three.