Milwaukee son on parents hit and run deaths: "They didn't deserve to die like this" 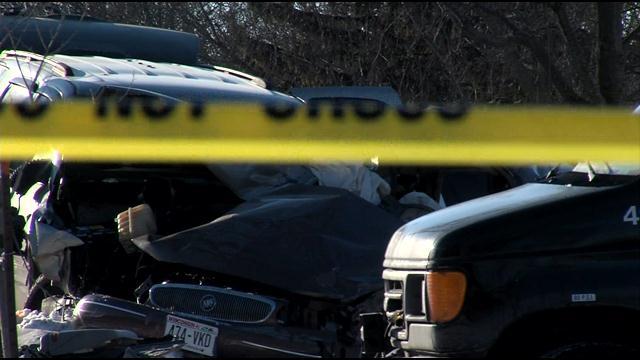 The son of Bernard (aka Bernie) Hanson, 74, and Mary (aka Tina) Hanson, 64, said his parents didn't deserve to die the way they did over the weekend.They were struck by a stolen vehicle full of teenagers and two adults just a block from their Milwaukee home.

None of the suspects stayed to help and ran from the scene.

\"They all make it out and all of a sudden they just start running,\" resident Katie Dewitt told CBS 58 News.

Some of the people in the car were just 14 years old.

The driver, an 18 year old man was arrested Sunday evening.

The 2005 Chevy Tahoe that crashed near 84th and Wilbur was stolen last Thursday when the owner left the vehicle running to warm it up.

For weeks now, Milwaukee Police have been warning drivers not to leave the car unattended after a spike in car thefts when people left the keys in unattended vehicles.

People who live in the neighborhood and saw the aftermath of the crash say the images will be hard to erase from their memories.

\"Innocent people who were just going about their way,\" recalled Kristin Brockman. \"The devastation was horrific.\"

The Alderman of the district where this accident happened, Joe Dudzik, said he thinks this is a homicide case and wants the teens charged.

Dudzik also touched on the fact that auto theft occurs regularly in the city, and residents need to make sure they never leave keys inside an unattended vehicle.

He explained that, as this incident illustrates, it could result in a tragic and fatal outcome.

CBS 58 spoke with Milwaukee Police last week about cars being stolen while left warming up and the fact that they are now issuing $22 citations as a result.

MPD said that cars stolen like this are often used in other crimes.