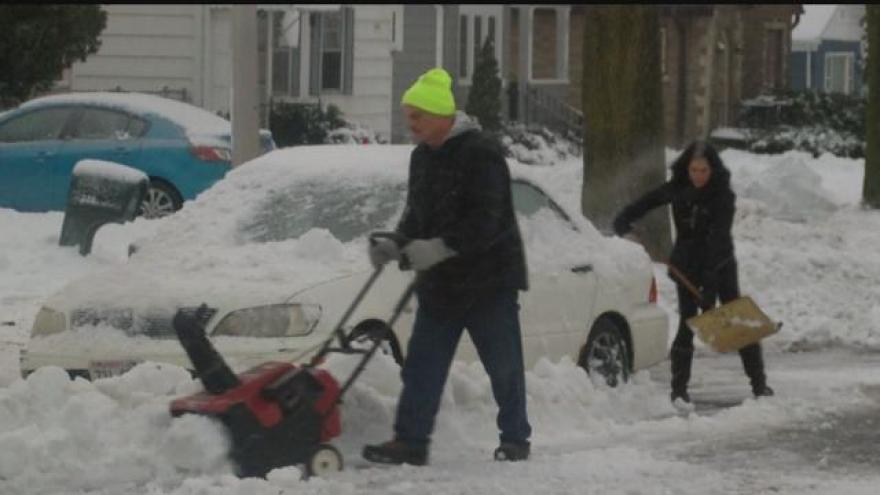 Milwaukee snow plow drivers still had their work ahead of them Tuesday evening - pushing into the side streets left in bad shape after Monday's severe Winter weather.

City officials with the department of Public Works admitted that they were taken off-guard by the amount of snow the city got. The predictions they were looking at said 1-2 inches. Instead in some areas we got more than quadruple

That said, the people in charge of the protocol say they wouldn't change anything about their approach - which has been criticized by 8th District Alderman and candidate for Mayor Bob Donovan.

On West Vilter Lane Donovan called for city crews to clear the road before helping push a van stuck laterally across the unplowed pavement.

He's one of the most vocal critics of how the city handled the snowfall, calling the decision-makers 'unprepared'

"Especially for our side streets. I know that people were have extreme difficulty getting to work today," Donovan said.

At a press conference at Milwaukee's Department of Public Works building Jeffery Smith (the Sanitation Area Manager for Central Milwaukee) spoke on the city's strategy when it comes to plowing. He said crews were out all day Monday treating the roads, some with underbelly plows.

"Yes, we went on the main [roads] four maybe five times yesterday as far as the non-stop snowfall. Generally we do not get into the side streets until the snow subsides."

The office of Mayor Tom Barrett could not be reached for comment on the snow removal protocol.