NOW: Milwaukee sitting 10“ above average on snowfall with more on the way this weekend

Conditions have finally started to improve after our last snow event that dumped over a foot of snow in those lakeside areas. After that last snow Milwaukee is sitting at a snow depth of 22" which is the most since 2001 - 20 years ago! The 22" of snow currently on the ground in Milwaukee is more than anywhere else in the state and most of the upper Midwest! 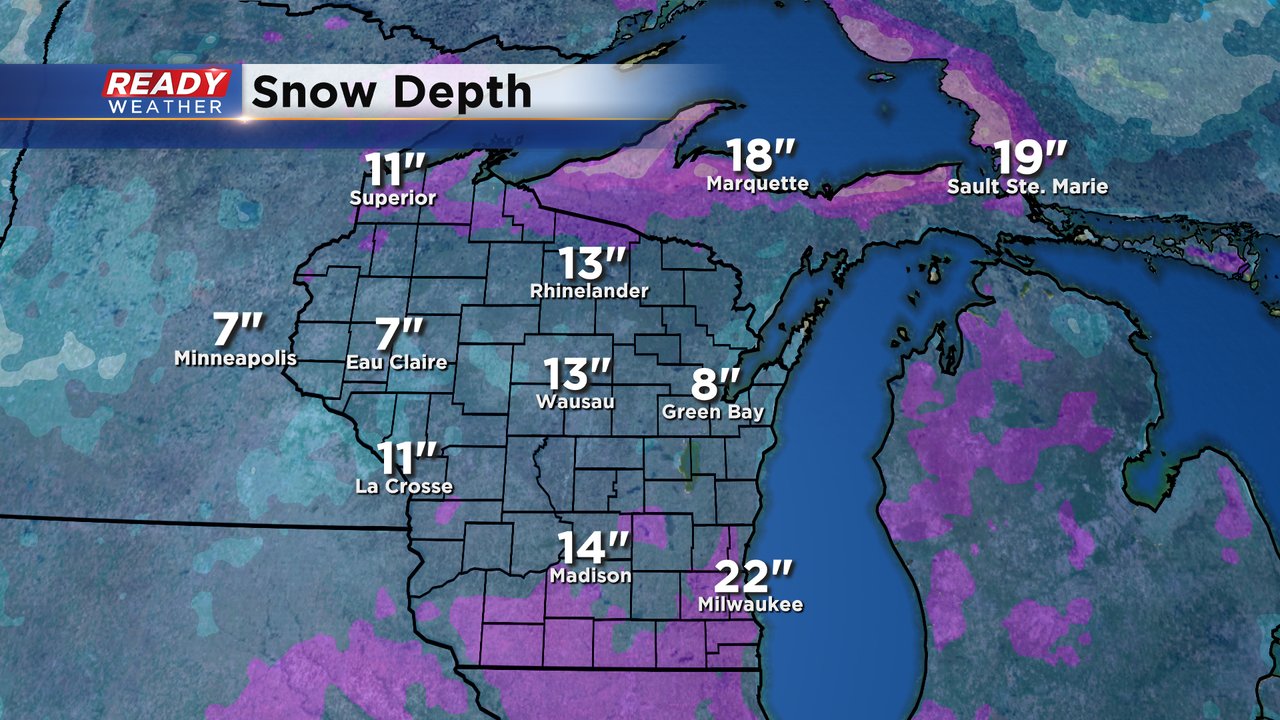 Our 22" of snow is impressive, but not as impressive as the 33" of snow that was on the ground at the end of January in 1979 - that is the record for snow depth in Milwaukee. 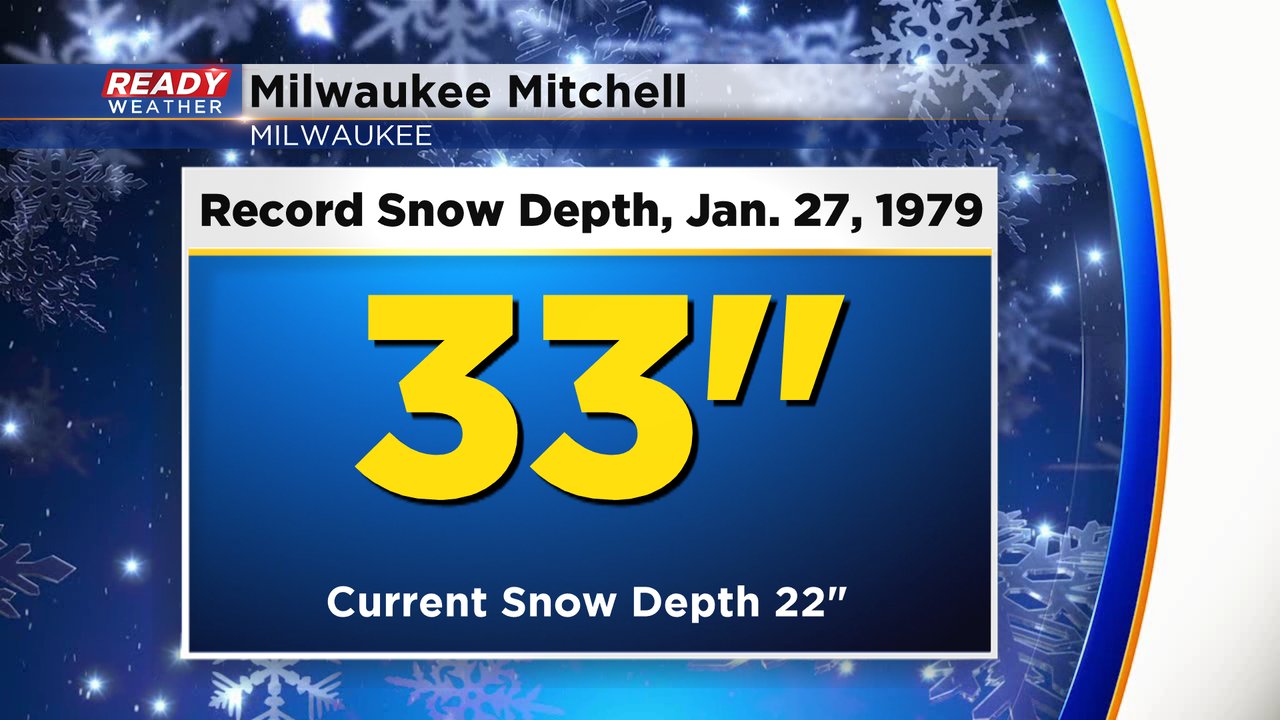 With the big lake effect snow Milwaukee saw we have picked up exactly 44" of snow so far this season which is exactly 10" above the average for snow through today's date. By this point in the season last year we had 36.3" of snow. The total seasonal average is 46.9" so Milwaukee still needs to pick up a few more inches of snow the next few months before hitting the seasonal average. 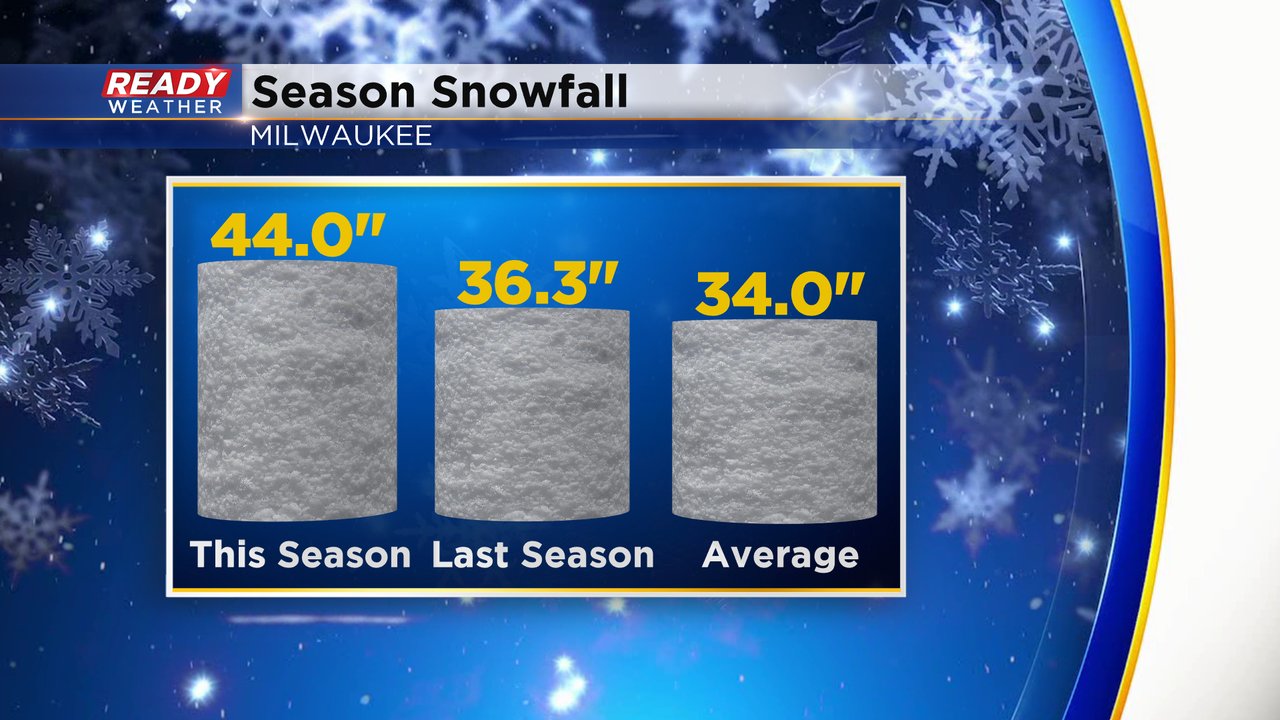 A few flurries and light snow showers are possible on Thursday and maybe a flake on Friday but overall snow chances are very low the next 72 hours. Sunday will bring our best chance for some accumulating snow. 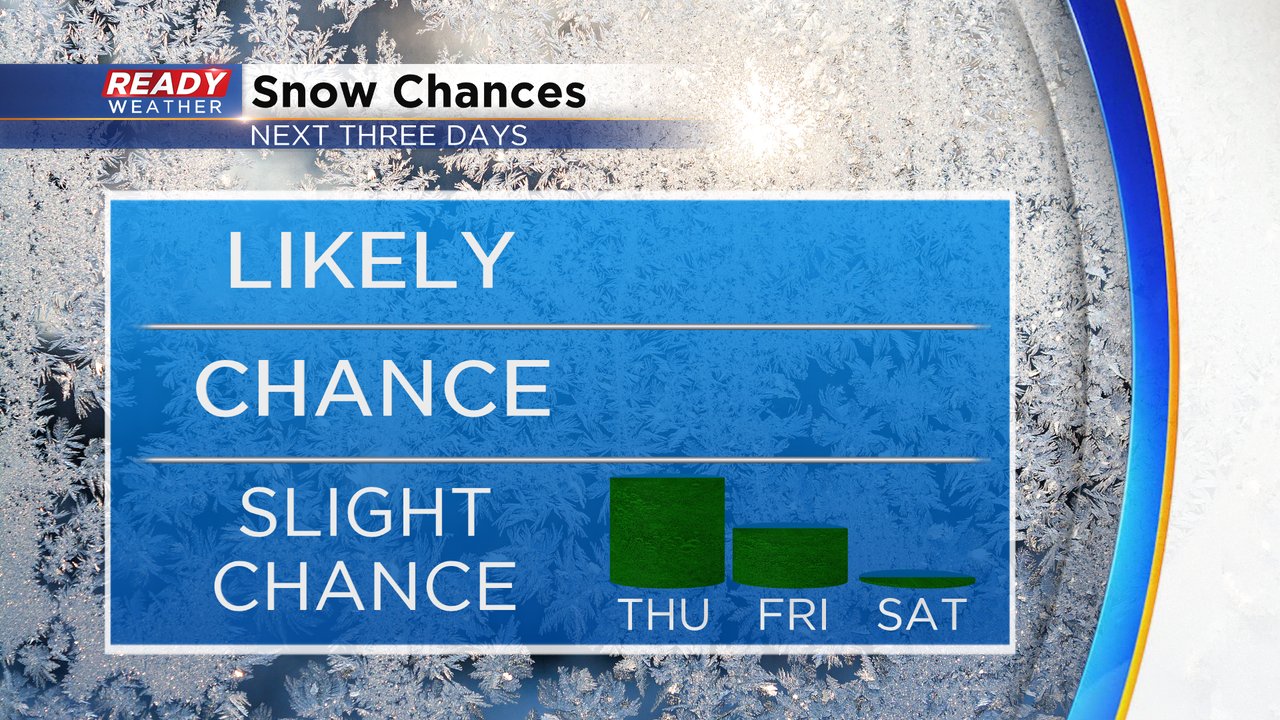 Download the CBS 58 Ready Weather app to track any flurries that pop up today and tomorrow and track the snow for Sunday.