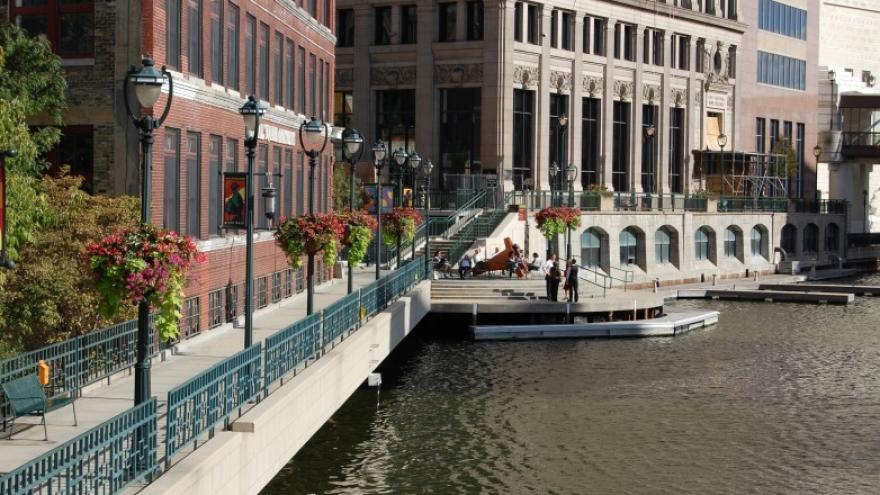 MILWAUKEE (CBS 58) -- Milwaukee’s RiverWalk with more than three miles of pedestrian access to the shore of the Milwaukee River has won a 2017-2018 Global Award of Excellence from the Urban Land Institute (ULI).

The Riverwalk is one of thirteen development projects in North America, Europe and Asia to receive the recognition. It also marks the first time a Wisconsin project has been named a Global Award of Excellence winner. ULI has previously honored three projects in Milwaukee with product Awards of Excellence, The Grand Avenue, Schlitz Park, and East Pointe.

“This award celebrates a great amenity in our City, and it also honors the people who have worked to make the RiverWalk such an asset,” Mayor Tom Barrett said. “The RiverWalk continues to expand because it adds to property values, to the attractiveness of real estate near the river, and, most importantly, it adds to our quality of life.”

“Milwaukee, situated on three rivers and Lake Michigan, had turned its back on the water. So, over the past quarter-century, an aggressive plan was undertaken to build the RiverWalk and literally create a new environment for our residents and visitors,” Gary Grunau, long-time Chair of the Milwaukee Riverwalk District said. “Under the present leadership of Mayor Tom Barrett we have enjoyed the same commitment of public support for the RiverWalk that was started under John Norquist.”

The Milwaukee RiverWalk draws a mix of high-end residential, commercial, and recreational venues to the shoreline creating a highly active, pedestrian environment along the river. This amenity is open to the public 24 hours a day, 365 days a year with access points located throughout the entire system.