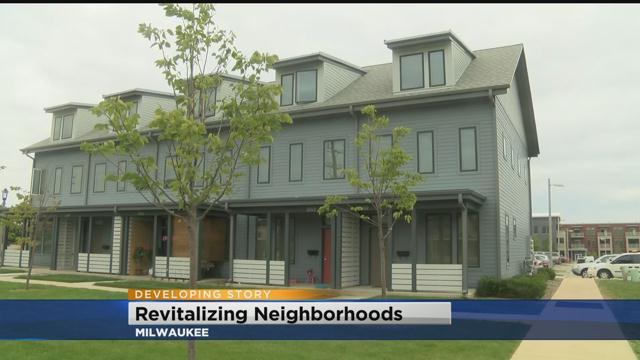 Millions of dollars will come into the Westlawn Neighborhood in Milwaukee.

These are apartments operated by the City's Housing Authority.

Just across the street from Westlawn Gardens is the Westlawn Housing Development which has 394 units the city describes as distressed.

Most of the money $22 million will be used to build the new units.

The rest of the money will be split between educational programs and help with foreclosures.

The Transformation Plan includes the redevelopment of 708 new mixed-income housing units, including 394 replacement units, both on the Westlawn site and in the surrounding neighborhood.

In addition, the plan includes strategic investments to improve the entire neighborhood by reducing the negative effects of foreclosures, improving access to retail and transportation, and strengthening families’ health and employment.

“The Choice Neighborhoods Initiative is responsible for transforming what were once vacant lots, crumbling parks and storefronts and distressed housing into vibrant communities,” said Castro. “It has become one of our nation’s most important tools in the fight to ensure that every family – no matter where they live – has the resources and strong foundation to succeed.”