Milwaukee Public Safety Meetings: How do We Stop Violent Crime? 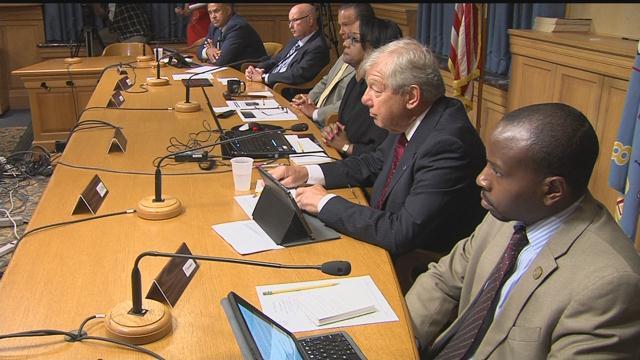 For the second time this month, a Milwaukee teen is let out of jail on bond and then arrested again for  another violent crime.

According to the criminal complaint, he tried carjacking a woman back in December then stole her car the next day.

Milwaukee Police caught Goode again June 12th after they say he was one of four teenagers in a stolen truck that crashed at 37th and Villard.

Police say Goode admitted to being out on bail.

The 17-year-old was given a 10-thousand dollar cash bond and is still in jail as of Monday night.

He's supposed to be  back in court on Wednesday on nine new felony charges.

One Milwaukee city alderman questioned local judges on how Goode was let out and they're responding to critics who say they're not doing their part.

At a hearing Monday, some judges had a chance to share what they believe are challenges in the system including problems in the juvenile system and problems getting witnesses to talk.

"The judicial system seems to have this air of invincibility; how dare you question, how dare you point fingers?" said Alderman Mark Borkowski to the panel of judges.

"Come see us and don't just take the flavor of the day and statements made in the press" said Chief Judge Maxine White.

Frustration on both sides Monday  as members of the public safety committee questioned local judges saying the system isn't working, while those judges say they're just following the law.

"Even though it seems like the wheels of justice are grinding slow in Milwaukee County, we are one of most fastest accessible court systems in this nation," said Judge White.

While both parties did agree on some issues its just the latest in the blame game while trying to identifying  ways to quell violent crime in Milwaukee.
Last week Sheriff David Clarke said more officers, about 400, need to be on the streets.

"These people are not afraid that a cop is gonna turn the corner and see them, there's no fear,"  he said.

"Even when they're put on supervision, nobody is really supervising them," Flynn said.

A hot topic for District Attorney John Chisholm who believes there needs to be a place to hold these young offenders.

"After his arrest, there's a good chance the child won't be in front of a judge for three months, " said Deputy District Attorney Patrick Kennedy.

While each group had their concerns the takeaway from all these hearings? Combine the information and find a solution.

"You can't tell me that things are working because they're not. And I'm not going to accept that. We all have to do better," said Borkowski.