MILWAUKEE (CBS 58) -- Milwaukee police are requesting the public's assistance regarding the fatal pursuit involving a domestic violence suspect on Dec. 8.

The Milwaukee Police Department would like to interview a citizen who provided assistance to the domestic violence victim. The unknown citizen stopped in the Walgreens parking lot on Hampton and Hopkins Street and aided the victim after she fled the suspect's vehicle.

The citizen is described as an African American male, 28-29 years old, driving a silver Dodge or Chrysler minivan.

Anyone with information is asked to call the Criminal Investigation Bureau at 935-8360.

MILWAUKEE (CBS 58) -- Milwaukee police are investigating after a vehicle pursuit ended in a fatal crash near Teutonia and Green Tree Road. A 28-year-old man, identified as Deangelo Cooper, was wanted for a "violent felony domestic violence incident" and was killed as a result.

Milwaukee Police were initially called to a domestic violence incident near 35th and Fairmount around 1 a.m. on Sunday. While they were on scene investigating, they received information regarding the suspect's whereabouts.

Milwaukee Police saw the suspect parked in a vehicle near 33rd and Custer around 6:30 a.m. Sunday morning.

The officers conducted a felony traffic stop of the vehicle and when they approached the driver, he drove off.

“Due to the nature of the stop the officer requested additional officers to respond, when the officers approached the vehicle fled and led officers on a short vehicle pursuit,” said Inspector Daniel Thompson with Milwaukee Police Department.

Police say the chase only lasted a minute long. Witnesses say it was a scary sight.

”It was very scary for me," said witness, Debra Jenkins-Simmons. "Seeing someone speeding that time of morning, I'm thinking 'where are they going this time of morning?'”

While fleeing, the suspect struck two vehicles, causing minor damage to both. An occupant of one of the vehicles was taken to a local hospital for treatment of minor injuries.

”At least 80 or 90 miles an hour or maybe even more," said Jenkins-Simmons. "Moving as rapid as it was moving you only got a glimpse of it.”

The 28-year-old suspect lost control and crashed while heading northbound on Teutonia. He was pronounced dead at the scene.

Teutonia was closed for hours Sunday morning while the Wisconsin State Patrol reconstructed the scene of the crash. The closure forced a nearby church to reroute their guests to a different parking lot.

“I wasn’t here when it happened but that’s just atrocious, I mean it's just a bad feeling,” said Sylvia Williams, Secretary at Faith And Hope International Ministries. 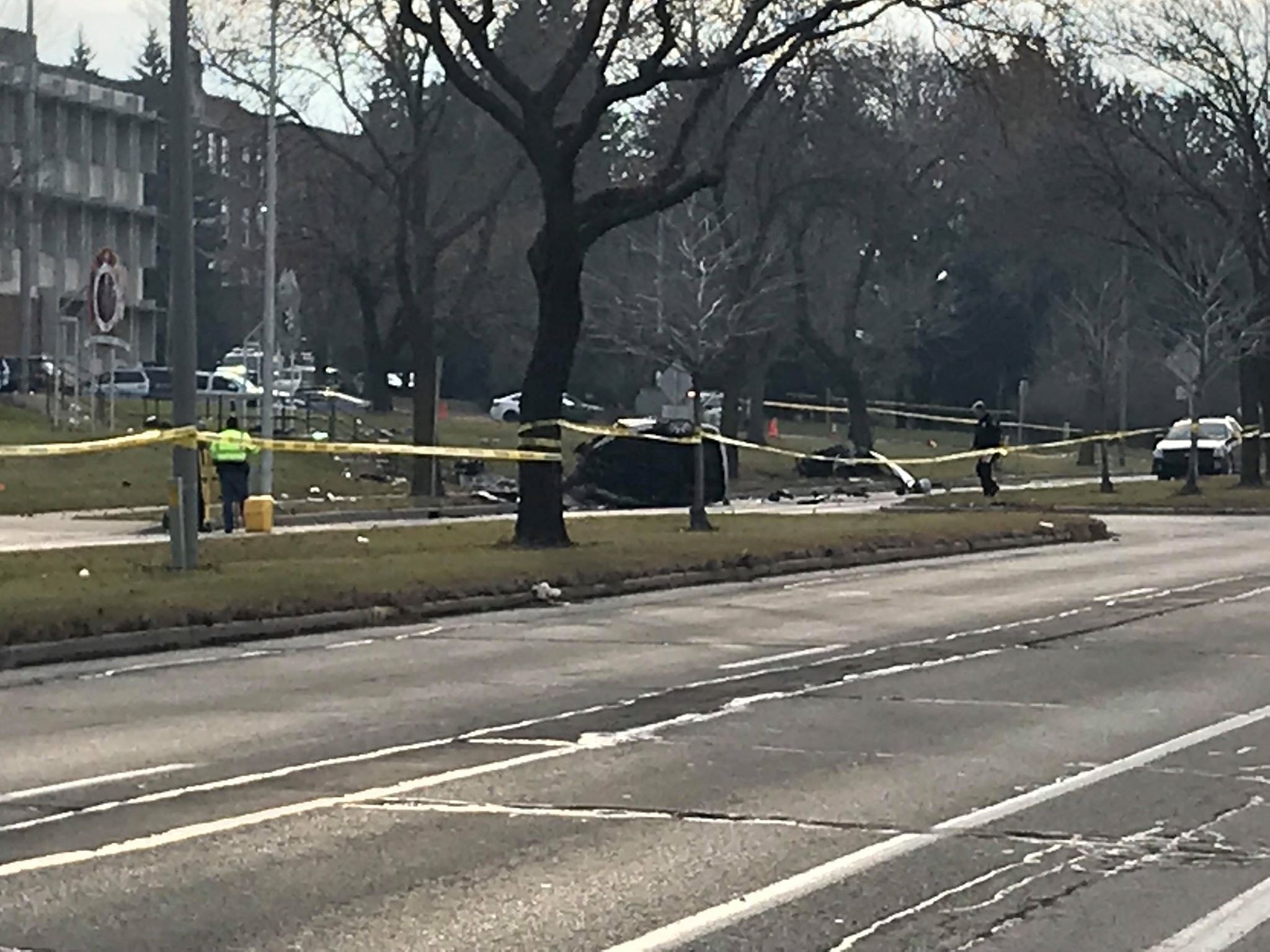 Milwaukee Police say the victim of the domestic violence incident is expected to be okay.